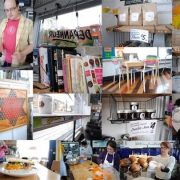 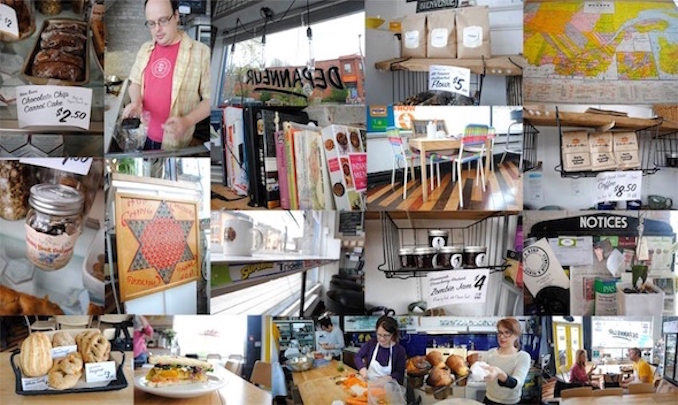 The Depanneur is a sun-drenched place to spend your mornings surrounded by fantastic foods and the energetic, charismatic people who are passionate about making them

Len Senater wanted a different party.  He wanted a small gathering of friends to cook together, joined later by a few more to enjoy the fruits of their labour.  When the best he could do was a church basement that required no swearing and everybody out by 8pm, an idea was born.  That idea is all grown up now, and it’s on the corner of College and Rusholme Park.  It’s called the Depanneur.

A depanneur, in other, more francophone parts of our country, is more or less a corner store.  Some people’s Montréal-based friends will accidentally/adorably refer to a corner store here in Ontario as a “dep” — but this eatery is so much more than that.  Originally a corner store, Len kept the gum stickers (pictured below), gave the name a Mtl twist, but rooted his shop’s philosophy to the original meaning of the word – which is someone who helps you out of a jam.

“I wanted a place where more interesting food things can happen than in a regular restaurant,” says Len of his open concept kitchen and eating space.  With a commercially inspected kitchen, a commercial dishwasher, plenty of cooking tools and space, it’s the ideal spot to whip up something tasty. 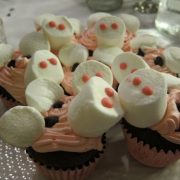 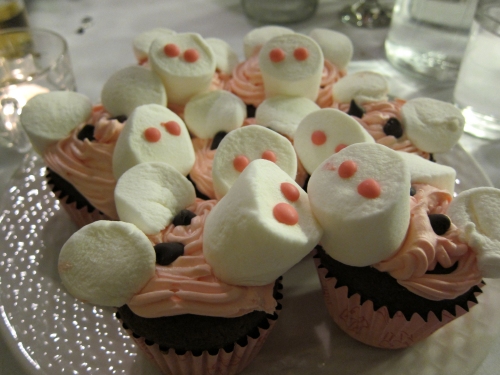 This Little Piggy Went to the Rusholme Park Supper Club

It’s probably inappropriate of me, but I’m in the middle of reading a cookbook on Appalachian food, and attending a dinner featuring 9 different pork items on the same weekend meant that there were more than a few quotes from Deliverance being spouted at Jason Rees’ Porknography dinner at the Rusholme Park Supper Club this past weekend.

Jason and sous chef Jamie (aka. The Pork Ninjas) promised us a 3×3 dinner (3 courses with 3 different pork items at each course) and they did not fail to deliver.

We started with the weirdest bit first, as The Pork Ninjas served up pork cheek, something that carries a bit of squick value but is actually very delicate and tasty.

Pork cheek was diced and fried and served as guanciale  in bruschetta (top) and in a spaghetti carbonara (left) on an edible Chinese soup spoon (think a spoon-shaped cracker). More fried cheek was added to Southern-style grits that were topped with slices of cheek and roast apples.