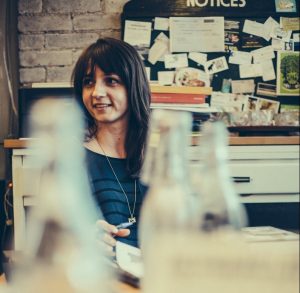 Last week marked the Hotic family’s arrival in Canada precisely 20 years ago. Ksenija Hotic, a photographer and fan favourite at the Dep, passed around childhood photos along with home-smoked sujuk and basturma (pastrami’s precursor) from her family in Rexdale.  As everyone around the table sampled the meats and finished up their varză călită, she recounted what it was like growing up on their first farm back home in Ključ with her parents.

Her dad Dervis was and still is an avid fisherman and hunter, catching more fish than capercaillies these days (viz. Fiesta Farms vid). Dervis claims he owes his hunting skills to his lucky charm Ksenija. 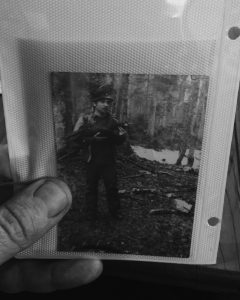 Ksenija was 11 when her family had to leave Kljuc at the outbreak of the war in former Yugoslavia (1992). Many unsettled families fled during this time, each experiencing their own hardships. The Hotic’s escaped through Croatia-Slovenia-Austria, finally ending up in Berlin, displaced and homeless. As refugees, her family shared an experience too many had to endure, but were lucky enough to secure a small home with a tiny kitchen. It’s there where her mom took to the kitchen preparing meals for the family. Ksenija recalled one occasion when her mom made a traditional Bosnian pita (or burek/phyllo…), unintentionally enticing the neighbouring German children to come and take a peek at what smells so good. Ksenija says her family didn’t have much trouble making friends with such tasty food. Perhaps, it’s for the same reason that Ksenija makes friends so easily even today.

It’s these very same friends who support her “Cookin’ it like a boz” ventures, formerly at TUM or here at the Dep: her Bosnian sarme (cabbage rolls) were featured in our February showcase and have been a favourite among Dep patrons for over 3 years. 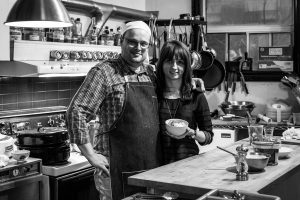