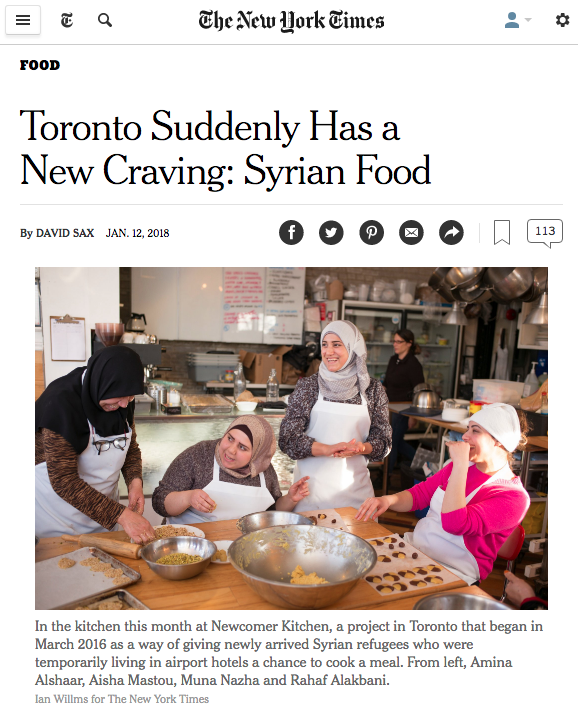 “Ms. Alakbani smiled at her little namesake and broke out in song (“always love songs, sexy songs”), clapping a syncopated beat, as others thwacked maamoul dough onto baking sheets from a mold. Soon the kitchen was a riot of singing, dancing and smells, as a potluck lunch of fresh hummus and baba ghanouj, vegetarian kibbe and spiced meat pies called shamborak filled the table for lunch.”

…No Syrian food businesses has felt the spotlight more acutely than Newcomer Kitchen, a nonprofit group of women who come together each Wednesday to cook a traditional Syrian meal in a small cafe and food business incubator called the Depanneur.

Newcomer Kitchen began in March 2016 as a way of giving newly arrived Syrian refugees who were temporarily living in airport hotels a chance to cook a meal. But it has grown into a collective of 60 cooks, who rotate in groups of eight to make 50 three-course takeout dinners each week, for $20 apiece.

The group has been the subject of dozens of news stories around the world, and a documentary film is in the works. A year ago, Mr. Trudeau visited with the press in tow, and his smiling face is proudly displayed around the kitchen. 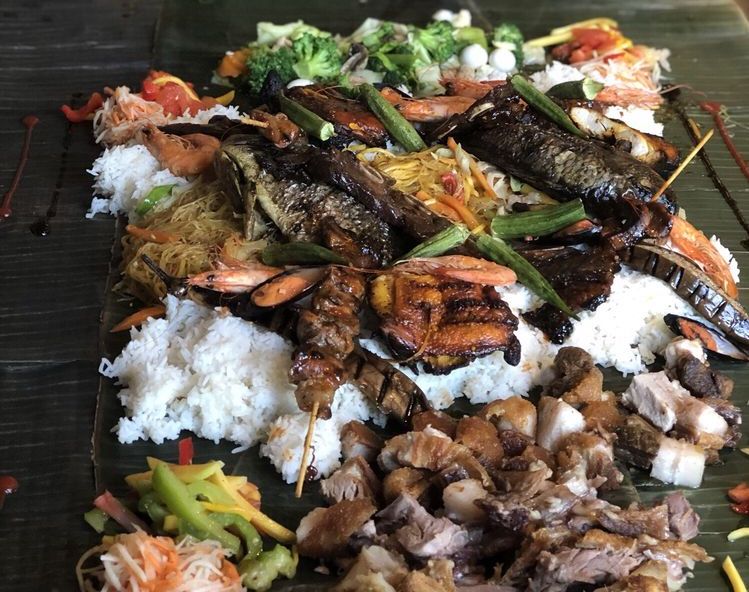 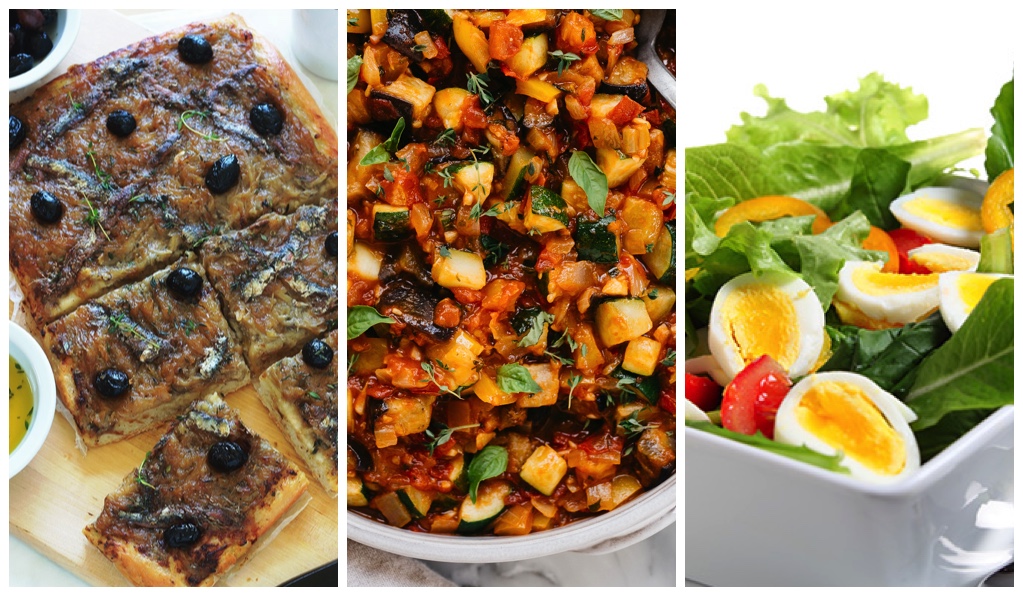 A chapter ends, another begins
Scroll to top