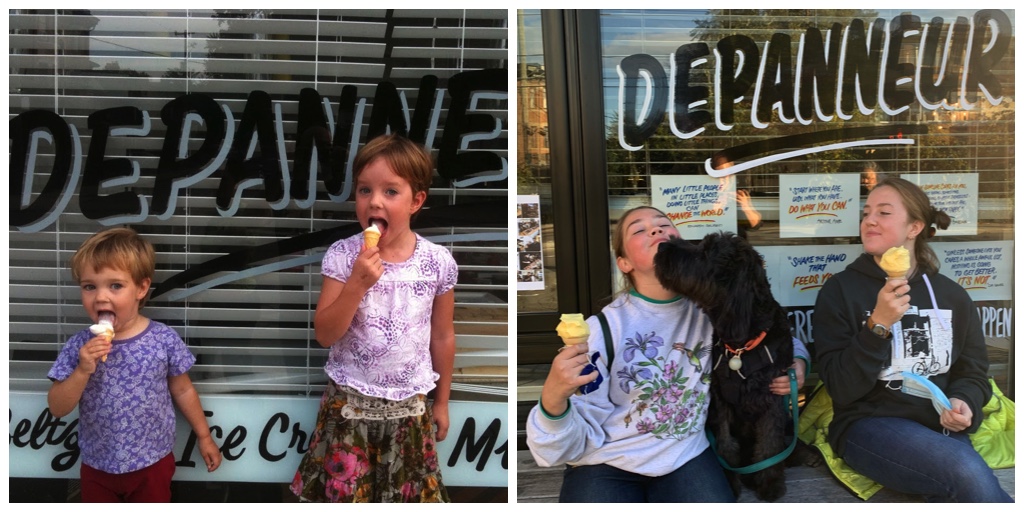 It is with tremendous pride that I want to let everyone know that The Depanneur Cookbook will be published nationally by Simon & Schuster in 2023, led by award-winning cookbook editor Kirsten Hanson.

Another major milestone: I will be not be renewing my lease at 1033 College at the end of the year; I will be taking a break in 2022 to focus my energies on envisioning and manifesting the next iteration of The Depanneur.

As we approach the 1-year anniversary of the launch of The Depanneur Cookbook Kickstarter campaign, as well as the 11th anniversary of my arrival at 1033 College Street, we are all due for a bit of an update. Much has changed in that time, and there are plenty more changes in store.

First, a bit of a step back to 2019. The Depanneur was thriving in the groove it had spent the previous few years refining. I was running over 300 events a year: Supper Clubs, Drop-In Dinners, Cooking Classes, Table Talks plus the brunch residency, the rental kitchen and countless private events. As deeply rewarding as it all was, it was a LOT of work, and while I did have some part-time help, the nature of The Dep’s business model was such that it always seemed to be 3 people’s worth of work with 1.5 people’s worth of revenue.

The Dep’s commitment to accessibility and inclusivity meant that I strove to keep prices as affordable as possible, but 2019 also saw the negotiation of a new 3-year lease with a 60% increase, culminating in a rent that is 300% more than when I has started out in 2011. Needless to say the space did not get 3 times bigger, nor my prices 3 times higher!

Nonetheless I persevered. I had always meant The Dep to be small; its smallness was a factor of limited means, but also a means of lowering risk, removing barriers, keeping it accessible and affordable. It was also a philosophical stand against the go-big-or-go-home mentality of insatiable growth, an embodiment of a more modest, more sustainable vision of success, of an idea of “enough”. But smallness is not without its own costs. While I was content with the modest income and vibrant community that The Dep offered, I was getting tired, and could sense the ominous shadow of burnout lurking in the corners.

I spoke about this to my mentors and advisors, explaining that while I didn’t really need to make more money, I did need to figure out a way to work less. The advice I was given was: you might need to make more money if you want to work less. This inspired me to begin to explore a possible expansion, to figure out how I could scale what we did to a point where I could afford to hire full time staff, but still retain the intimate and personal qualities that were essential to The Dep experience.

I looked into a number of different spaces, and began several promising conversations around possible collaborations and partnerships. But as more and more ideas began to swirl around the potential of these new spaces, I began to feel overwhelmed. I could not conceive of, plan and build a whole new Depanneur while running the existing Depanneur – it was just too much. You can’t change the tires while the car is moving.

When I was 25, I took a year off after graduating from Dawson Institute of Photography in Montreal. I travelled around the world, and that trip remains among the greatest, most enlightening experiences of my lifetime, one that would deeply inform everything I would later do. I was turning 50 in 2020, and thought: perhaps it was time for another ‘quarterly report’, to check in and reset, a chance to reflect and make space for new things to take root. I decided that I would postpone the development of The Dep 2.0 and take a sabbatical; a bit of a well-earned rest, but also an opportunity to reflect on what I had been doing the last 10 or so years. I would take the time to think carefully about what I want to do next, and create the space to thoughtfully move towards bringing it to life.

I even learned a bit about the history and etymology of the sabbatical; the sabbath year (Shmita in Hebrew) literally means “release”. It stems from ancient Jewish wisdom: in the same way that Jews were commanded to take one day of each week to rest and reflect – the sabbath – the Torah also mandates that every seventh year of the seven-year agricultural cycle be a rest for the land, so that it might regenerate and remain fertile. The next official Shmita year was 2021-2022 (5782). It seemed that even Yahweh was on board with my plan.

It is said that the Lord works in mysterious ways, and at the beginning of 2020 the world entered the era of COVID-19. Suddenly there was no where to go, and whatever financial projections that had been undergirding my plans were now the realm of speculative fiction. In the first quarter of 2020 I cancelled and refunded more than $25,000 worth of tickets, and redirected the Dep’s energies into two Pick-Up Dinners per week.

Ironically, the Dep’s smallness, which had been its limiting factor and driver of the proposed expansion, became its saving grace. Had I doubled down on an expensive second lease and an ambitious new build-out, and then walked directly into COVID, the result would have been catastrophic. In the clarity of hindsight, I dodged a bullet, big-time. The Dep was small and resilient enough that I was able to sustain it as a more-or-less one man show throughout all of COVID, even extending to curate two successful Communal Picnics series in collaboration with The Bentway in the summers of 2020 & 2021.

The constraints of this new reality also pushed me to think about what actually was possible under the circumstances; how could I continue to support the amazing community of cooks and diners that are the heart of The Depanneur? From this emerged the idea to create The Depanneur Cookbook, showcasing 100 recipes and stories of 100 people who have cooked here over the last decade. I launched this ambitious project in November 2020 on Kickstarter and within a few weeks it had become the most-funded Canadian cookbook project ever listed on the platform.

I have been hard at work on it ever since, all while still running The Dep’s twice-weekly Pick Up Dinners, and more recently, rebooting our in-person Cooking Classes. Along with an amazing team — Ksenija Hotic, Buffy Childerhose, Raluca Cojocariu, Carole Nelson Brown, Katherine Gibson, Hillary McMahon, and others — we have compiled stories and recipes representing more than 80 nationalities and highlighting the spectacular diversity of culinary talent in Toronto.

We are very nearly done with the heart of the project, and are now focused on recipe testing and the last of the contributor interviews. Turns out compiling an anthology of 100 contributors is actually a LOT of work… whoda thunk? Meanwhile I am still in the process of telling the story of The Depanneur, its many trials and tribulations, lessons and rewards; I am nearly 40,000 words in (!), and there is still a fair bit to go. It is my goal to have the final manuscript submitted to the editors by the end of the year.

It is clear that there is no way this can all fit into a cookbook, nor can all of the incredible stories that have emerged from our conversations with the 100 contributing cooks. It is my hope to tap this rich vein over the course of the next year, through a combination of blogging and podcasting, to build anticipation for the release the book in 2023.

I am incredibly grateful to everyone who has made this project possible, and who have stuck by The Dep through the many challenges of the last 18+ months. I am very much looking forward to having the time and space to explore the ideas and experiences that will become the map of The Dep’s future journey. Though it is a little bittersweet to come to the end of this amazing chapter of The Depanneur, it makes the anticipation of what is to come all the more delicious.

“Look on every exit as being an entrance somewhere else.”
― Tom Stoppard, Rosencrantz and Guildenstern Are Dead