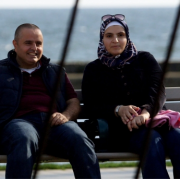 Newcomer Kitchen is featured at 19:00m 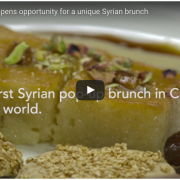 After the success of The Depanneur’s weekly dinners, Mirvish Village developer Westbank steps up to sponsor a Syrian brunch event at Butler’s Pantry

“Instead of just selling your last sandwich, why not go down in a Thelma and Louise blaze of glory?”

That was the pitch to Atique Azad, the proprietor of the Butler’s Pantry, a 25-year old Mirvish Village institution set to close at the end of 2016 to make way for the development replacing Honest Ed’s.

He thought, “what have I got to lose?” And just like that, Canada’s first Syrian Brunch Pop-Up was born. And it’s a hot ticket. December 4 is already sold out.

It’s the first official spin-off from Toronto’s Newcomer Kitchen, a project co-founded by Cara Benjamin-Pace and Len Senater at College Street’s The Depanneur that specializes in unique food experiences. Since April, more than 55 Syrian newcomer women have cooked a wide range of traditional dishes, and in the process, put over $25,000 directly into Toronto’s newcomer community.

Because each weekly dinner consistently sold out, the next challenge was to tackle Toronto’s most iconic meal: Sunday Brunch. After months of testing, tinkering and tasting, what may be the first Syrian Brunch Pop-Up in the world is ready to be experienced by a handful of lucky Torontonians. 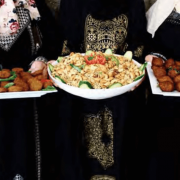 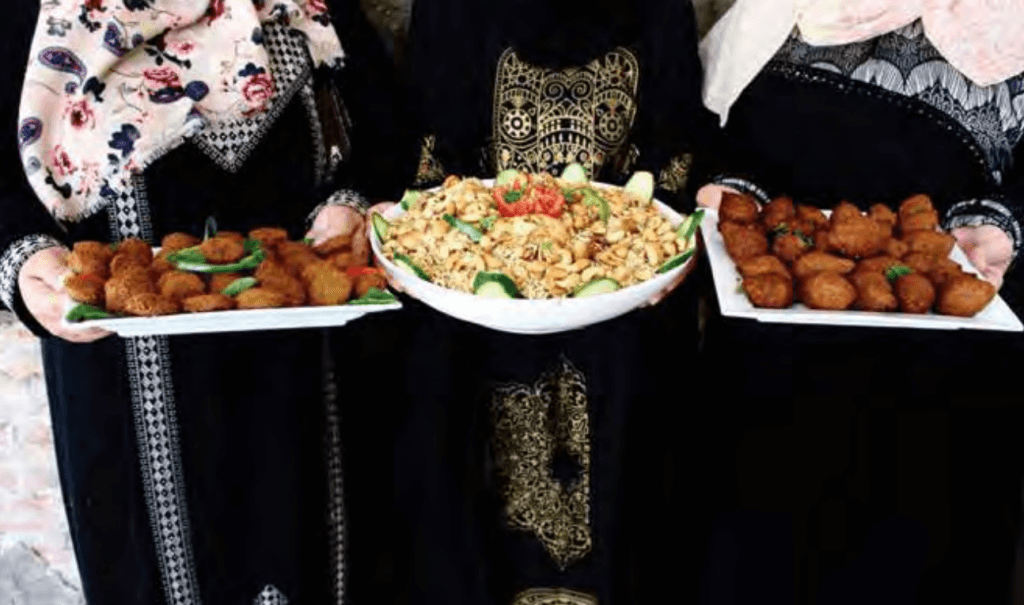 It has been nearly one year since the Liberal government enacted a program to admit 25,000 Syrian refugees arrived in Canada. In their first year, many of the families faced several challenges to overcome: getting to know a brand new country, finding suitable accommodations, and trying to find a job in our country’s tough economic climate, all while facing systemic racism upon arrival. The resettlement process is not easy, and many are still trying to find their way here in Canada. While the Canadian government and private sponsors have helped—offering financial assistance, medical coverage, and housing—the biggest challenge many Syrians have faced is finding community. 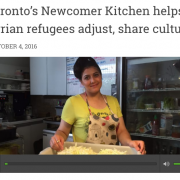 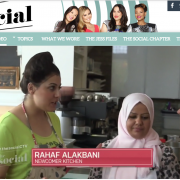 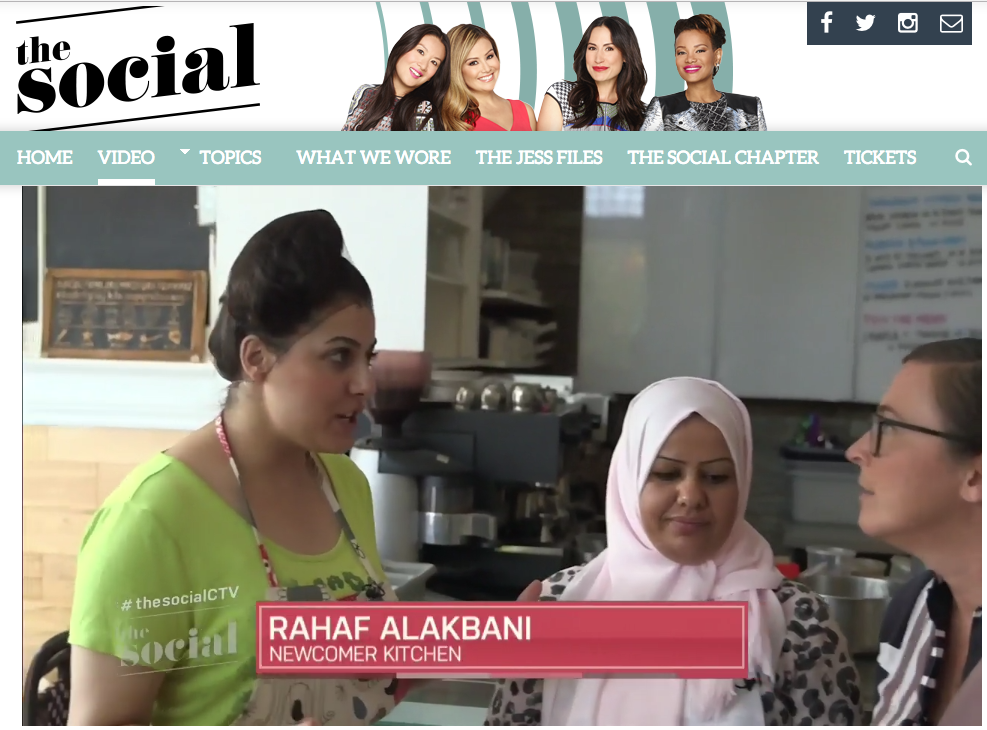 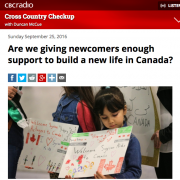 Many Syrian refugees fled to Canada in the hope of a better life. The challenges are daunting: finding a home, a job, learning a new language …and a new culture. Are we giving newcomers enough support to build a new life in Canada?

They arrived in Canada fleeing war-ravaged Syria, a conflict that has displaced millions of men, women and children. It was the image of one dead child on a beach that spurred Canadians to action and now we have taken in 31,000 Syrian refugees. Soon the year will be up for the first wave of newcomers and their monthly government cheques will stop. Immigration and settlement workers call it “the crisis of the 13th month.”

As the excitement of escaping to a new country fades, how is the transition going? What are the challenges and the joys? Checkup visited one of Canada’s most diverse cities, Mississauga, Ont., to find out and hear some of those stories first hand.

Our question today: Are we giving newcomers enough support to build a new life in Canada?

LISTEN TO THE FULL EPISODE 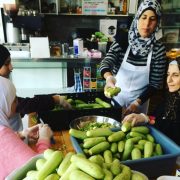 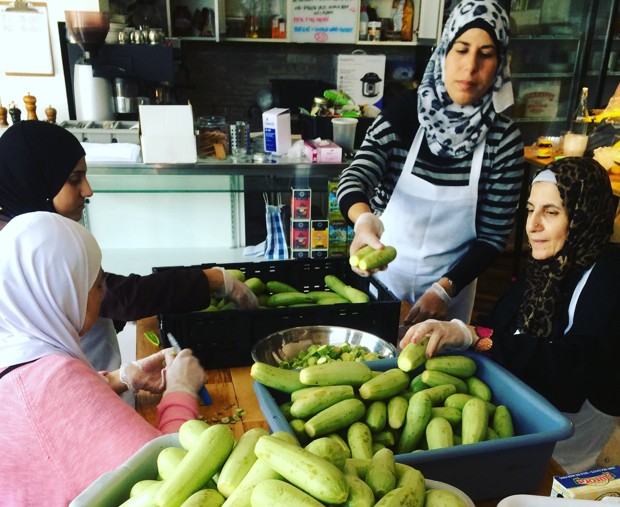 Cooking Up Opportunities for Refugee Women

Practiced hands press layers of finely shredded phyllo pastry into baking sheets. Others follow with spoonfuls of ricotta cheese. Once baked, the knafeh Nabulsia will be drenched in orange blossom syrup and sprinkled with pistachio. “It’s always good to know how to cook something traditional,” says Majda Khalil, one of the bakers and a Syrian refugee. “It reminds you of home.”

The dessert prepped, six women crowd around a map, showing each other where home was before war ravaged Syria.

Len Senater is used to inviting strangers into his kitchen. It’s the business model of The Depanneur, Senater’s eatery and community hub housed in an old convenience store just west of Toronto’s downtown. For five years he’s been inviting strangers to come, make their favorite food, and sell it to the community. 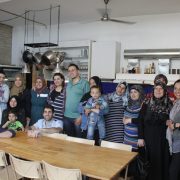 Newcomer Kitchen at The Depanneur

I walked into The Depanneur on an uncharacteristically balmy day in early June. Maybe it was because spring weather had been sparse this year, but the sunshine and the heat of the afternoon permeated in a visceral manner. It signaled a season of renewal. People were smiling at one another while passing by on the street. Toronto had emerged from its winter shell, physically and emotionally.

The sunlight careened through the broad northwest-facing windows of the community kitchen-cum-restaurant-cum-social hub. The warmth inside was not just a product of the heat. The atmosphere at The Depanneur that Thursday afternoon was incubative.

At the periphery of the gathered group were young children dancing on tables, holding their fathers’ hands for support, while others were doing arts and crafts or napping in their strollers. A documentary film crew circled the perimeter, discussing shot angles in hushed tones. Several apron-clad women with nametags casually but methodically delegated tasks, balancing between clear directives and spur-of-the-moment decisions. 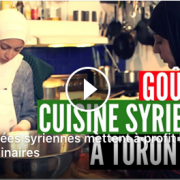 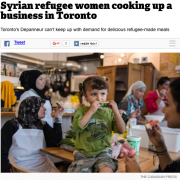 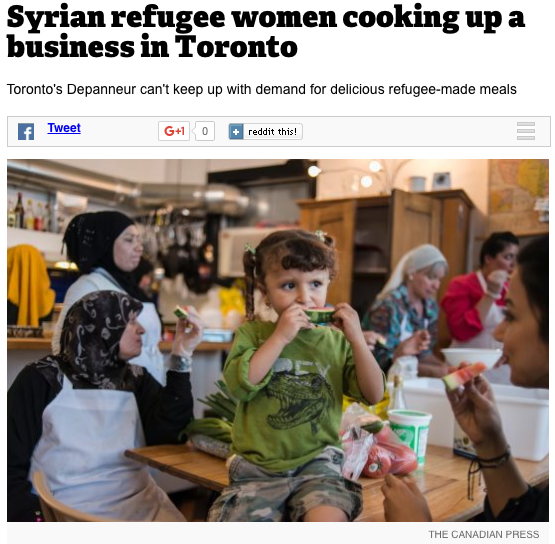