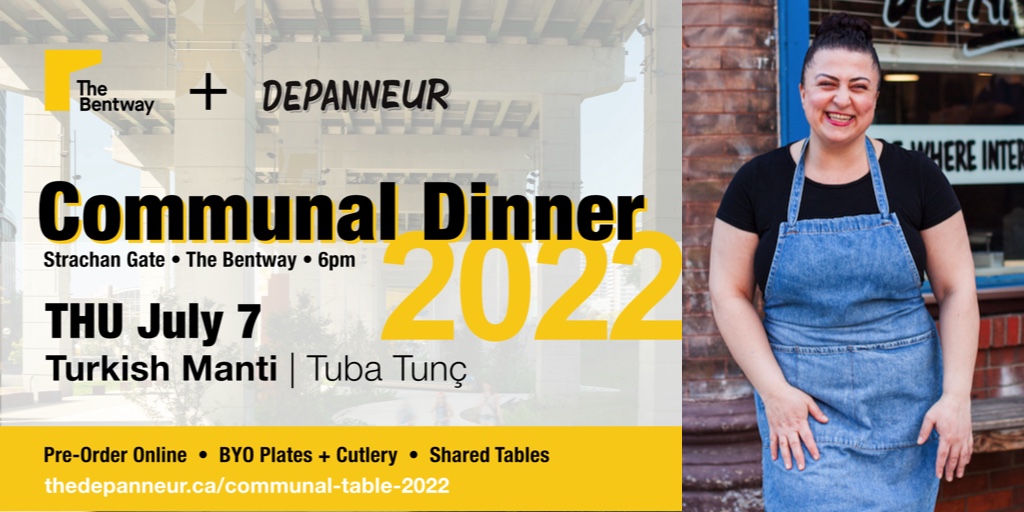 Turkey has an ancient culinary tradition stretching back to the very beginnings of Western civilization. From these deep roots the Ottomans developed a sophisticated and aristocratic cuisine based on ingredients and influences pulled from an empire that stretched from North Africa across the Middle East and into Greece and the Balkans. The flavours of contemporary Turkish food emerge from this mix of cultures and traditions, and shine in Chef Tuba Tunç’s selection of traditional Turkish dishes.
—–

Spinach & Feta Borek
The quintessential savoury Turkish treat, delicate & flaky yufka dough (a paper thin pastry that’s a little thicker than phyllo) is wrapped around a luscious filling of spinach, feta, ricotta and caramelized onions, enriched with eggs and yogurt, and generously glazed with melted butter before being baked until golden.

Manti (beef –or– veg)
An ancient Turkic dish that can be found in various forms along the full length of the Silk Road from Mongolia to Anatolia, Korea to Afghanistan — Turkey alone boasts 15 officially recognized versions. The ancestor of stuffed pastas like tortellini, Turkish manti are comprised of a thin, olive oil and egg-enriched wheat dough hand-formed into little bundles stuffed with either beef or lentils mixed with onions and spices. The little dumplings are first baked to dry them, and then boiled before being served with a garlicky yogurt sauce, lashings of paprika-infused butter, sumac, crumbled dry mint, and ruby-red dusting of dried urfa & chili peppers.

THIS EVENT IS SOLD OUT

At check out, you will be given the opportunity to contribute towards our Pay It Forward program to create fresh meals for the The Fort York-Spadina Community Care Program. For every Pay It Forward meal purchased, The Depanneur and The Bentway will match funds to provide a second meal to double the impact of your generosity.