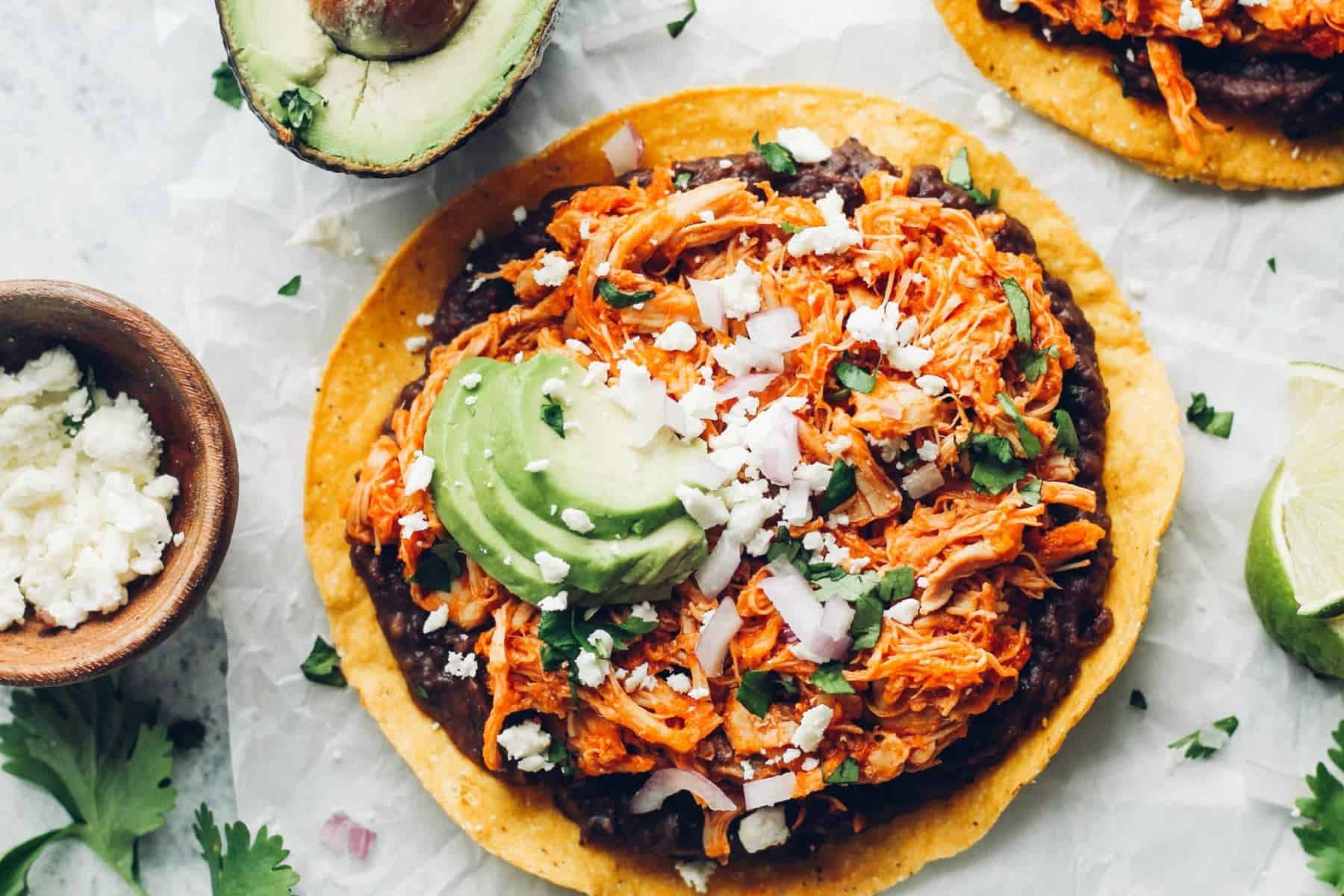 Part of The Depanneur + The Bentway’s new Communal Picnic series

Puebla, right in the heart of Mexico, has a storied history. The territory has settlements reaching back to 10,000 BCE, and a pre-Hispanic agricultural history contemporaneous with ancient Egyptians. The city of Puebla was founded by the Spanish in 1531 to secure the trade route between Mexico City and the port of Veracruz, and became a state after the Mexican War of Independence in the early 19th century. The victory of the Battle of Puebla is still celebrated on May 5 as a regional holiday, which has since evolved into “Cinco De Mayo“, a pan-Mexican cultural holiday in the United States.

From the rich history of Puebla, and borrowing from the nearby Veracruz and Mexico City, comes this menu of classic Mexican dishes prepared by Chef Erika Araujo of Ixiim.
—–

Tinga de Pollo
A classic recipe from Puebla; shredded chicken in a smoky, spicy sauce of tomatoes, onions and chipotle en adobo — whole ripe red jalapeño chiles that have been smoked and then preserved in vinegar with spices and salt. It is served in traditional Puebla fashion, with crispy corn tostadas, to be smeared with a smooth spread of frijoles (“refried’ beans), and garnished with a sprinkle of shredded lettuce, crumbled cotija cheese and a drizzle of crema, alongside Mexican rice flecked with a tomato sofrito.

ORDERING FOR THIS EVENT IS NOW CLOSED. PICKUP WILL BE 6-7:30PM AT THE BENTWAY

On Sundays in August & September, The Depanneur will curate a selection of 6 meals prepared by a diverse group of local chefs, packaged for contactless pickup. A new kind of collective experience that can be enjoyed safely and responsibly at the unique The Bentway site. > MORE INFO