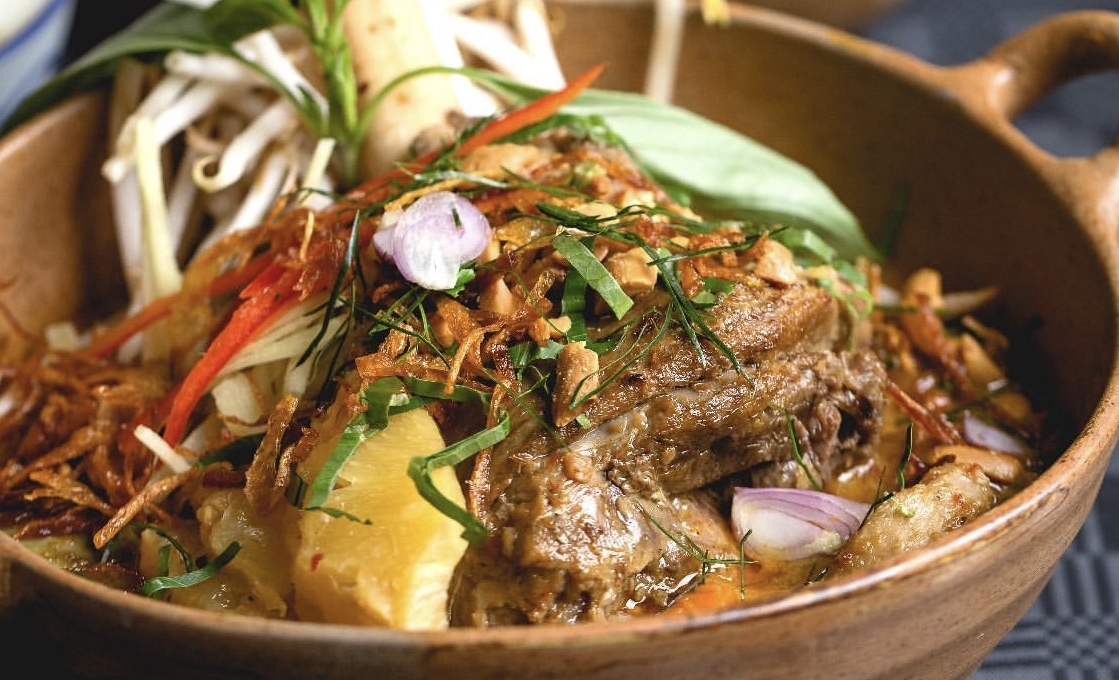 Ridhima hails from India and Frishta from Afghanistan — they met in the summer of 2018 and instantly connected over food. Since then it has been no looking back for these two cook-aholics. They decided to join forces and “Cross Borders” to create a fusion menu to showcase some of their favourite dishes from their home nations at their inaugural dinner at The Depanneur.
—–

Spinach & Cheese Bolani $8 (3 pcs)
Bolani are traditional Afghan savoury treats, somewhere between a dumpling and stuffed flatbread. A chopped spinach, cottage cheese and onion filling is wrapped in phyllo pastry, baked until golden and served with a homemade garlic sauce.

Lamb Dopiaza $15
Slow cooked lamb shank with black pepper and caramelized onion. From the Persian meaning “two onions”, this classic dish starts by melting onions and spices to start the sauce, and ends with golden onions as a garnish.

Both are main dishes are served with Jeera (cumin) Rice and a light side salad.

Royal Walnut Cake $7
The cake is loaded with toasted walnuts and filled with a layer of homemade cardamom carrot jam.

Ridhima Kalra is a “Banker by the day, Baker by night” — Her journey in the kitchen started at the age of 11 and it remains an integral part of her life. Ridhima traveled between various cities in India for education and work, collecting recipes and flavour memories in her notebooks.

Frishta Ghafoori works as a line cook in a Middle Eastern restaurant and loves to explore food from all over the world. Frishta has lived in 6 countries to date, and her favourite part is trying all the local delicacies.

—–
Every week The Depanneur hosts an ‘open mic’ night for culinary talent in TO, where we invite guest cooks, amateur or professional, to come and make their favourite dishes.