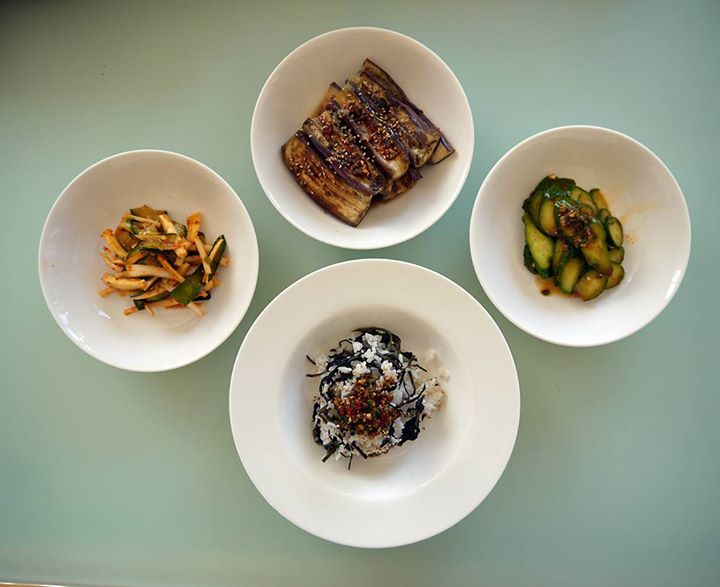 Bibimbap, literally “mixed rice”, is a Korean dish of warm rice topped with a variety of sautéed and seasoned vegetables (namul). Although it has become well known and widely available, the version usually found in local restaurants is only one take on this traditional dish.

Tonight Toronto-based Korean artist Myung-Sun Kim will be sharing a more unique variation of this dish – gondrae-bap – a bibimbap featuring the leaves of the wild-foraged milk thistle plant served with a delicious sauce, alongside an assortment of small side dishes (banchan). Milk thistle is known to be very healthy and good for the liver, which is a little ironic given how the plant’s floppy movements earned it it’s Korean name (gon-d-rae), which describes the staggering of a drunk person on their way home…

—–
Myung-Sun Kim is a Korean artist based in Toronto, primarily working in the field of sculpture, installation, and drawing. Kim’s current work and interests explore the relationship between history and the evolution of culinary practices. She will be a part of Artscape Gibraltar Point’s Winter Island Artist in Residence Series this November. www.myungsunkim.com