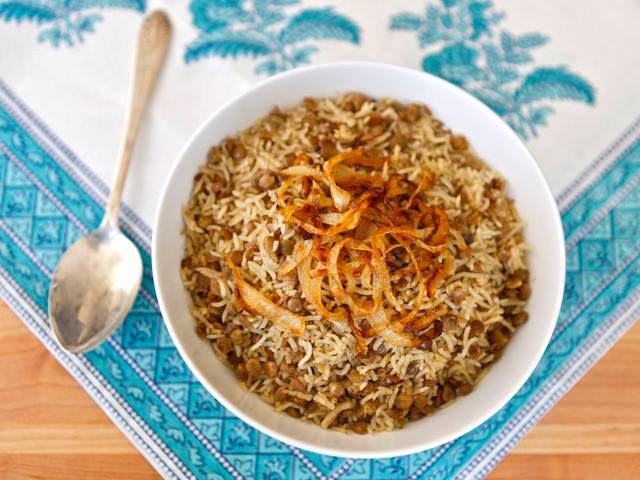 Every Wednesday – Veg Out with Emily Zimmerman

Arabic mujadara is traditionally made with rice, lentils, and caramelized onions. Also called ‘Esau’s favourite’, this dish has been consumed by peasants and kings alike. Emily punctuates her version with a side of miso and rosemary roasted carrots, wilted local greens — wild leeks, fiddleheads, spinach — plus chili, lemon, and coconut butter.
$12