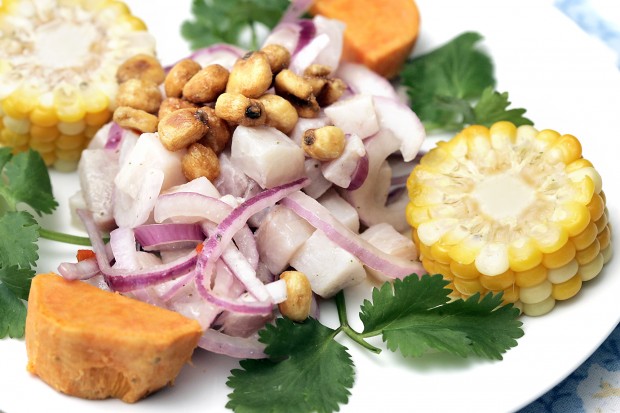 Ceviche – a method of “cooking” delicate fish & seafood using the acids in lime juice rather than heat – is popular in many costal places in Latin America, with countless local variations. One of my favourites is the Peruvian style, where distinctive chiles like aji rocoto or aji limo add flavour and heat to the distinctive milky white marinade known as “Leche De Tigre” (Tiger’s Milk) – to be savoured at the end of dish and considered to be a potent tonic. It’s often served with addictive cancha – a crunchy corn kernel halfway between popcorn and corn nuts – and the addition of corn on the cob and steamed or grilled sweet potato makes it into a hearty meal.
$12 +HST
#GF #vegan option available (avocado)