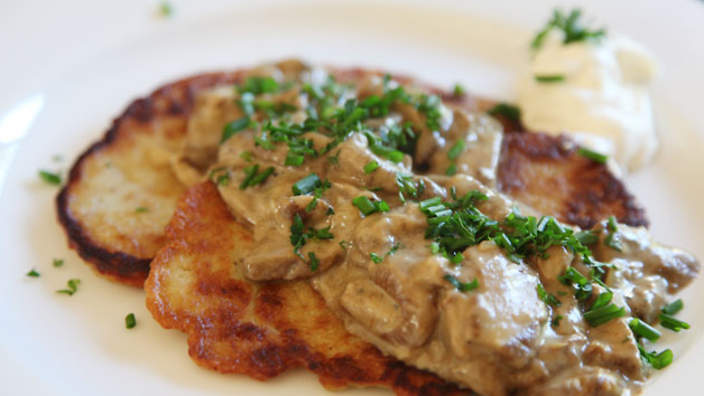 Popular from Scandinavia to Hungary, Switzerland to Russia, and an iconic part of the Jewish celebration of Chanukah, potato pancakes have been a staple in Eastern Europe since at least the 17th-century. In Poland, where they’re known as placki ziemniaczane, they’re often served topped with goulash or mushroom sauce — and that’s how Maria Rozynska loves them.

Maria will be making a classic Polish supper of freshly-made potato pancakes with slow-simmered beef goulash and rich mushroom gravy, topped with a dollop of sour cream and a side of beetroot salad.
$12 (tax-in)

Maria Rozynska, a power-mom who loves to cook for her family and who one day dreams of running her own kitchen, using the freshest ingredients and lots of love.

—–
Every Friday The Depanneur invites a different guest cook to come down and make their favourite dish.