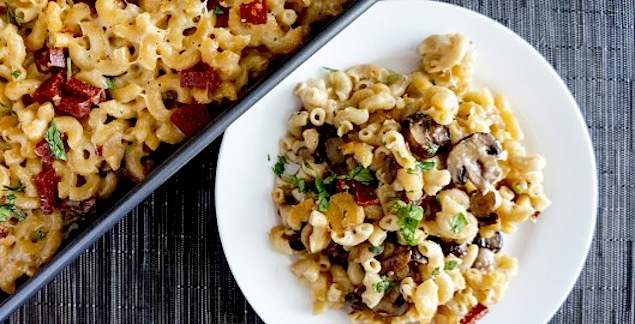 In a city where the foodie scene can often take itself too seriously, professional comedian Ben Miner lightens up the mood combining his considerable skills in the kitchen with comedy chops honed over a 16-year career.

For the Month of September he’ll be making a different macaroni and cheese each week and of course making people laugh. Not only will each week feature a different skillet, but a different opening act as well who’ll be joining him on stage and in the kitchen. Seasoned Comedy, where food meets funny.