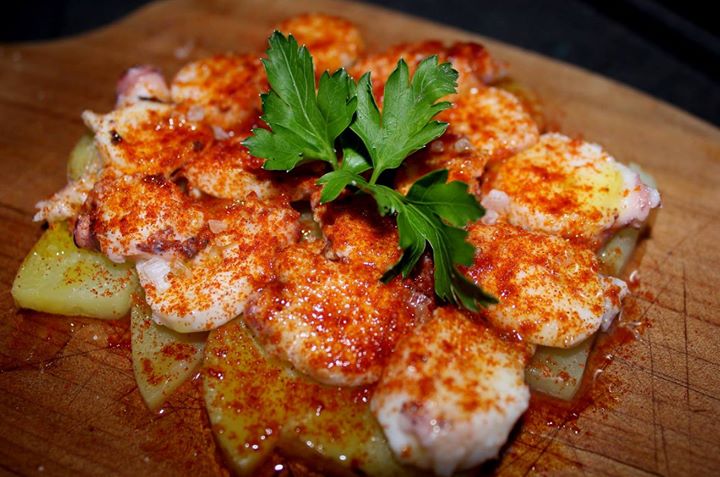 Mexican and Spanish food have a long, complicated, intertwined history, and the lines between them can sometimes get a bit hazy, so it’s not surprising that the two cuisines can combined in many interesting ways. For this dinner Monterry native Rogelio Cazares serves up one of his hometown favourites, alongside a traditional Spanish Galician tapa.

Rogelio Cazares was born in Monterrey, Mexico and has lived in Toronto for about 10 years. His passion for cooking started in his childhood helping his mother and father cook and prepare BBQ “Carne Asada”, a popular tradition in Monterrey. From there, Rogelio experimented with ingredients for tacos and salsas, and is currently experimenting with fusion dishes.

Theresa Johnson is a Torontonian by birth, but recently returned from rural England, where she lived for 10 years. Her passion for cooking began in England where she discovered the complexity and intensity of flavour in Indian curries. She loves the alchemy and ritual of cooking, and is meticulous about presentation, colours, shapes and combining flavours.