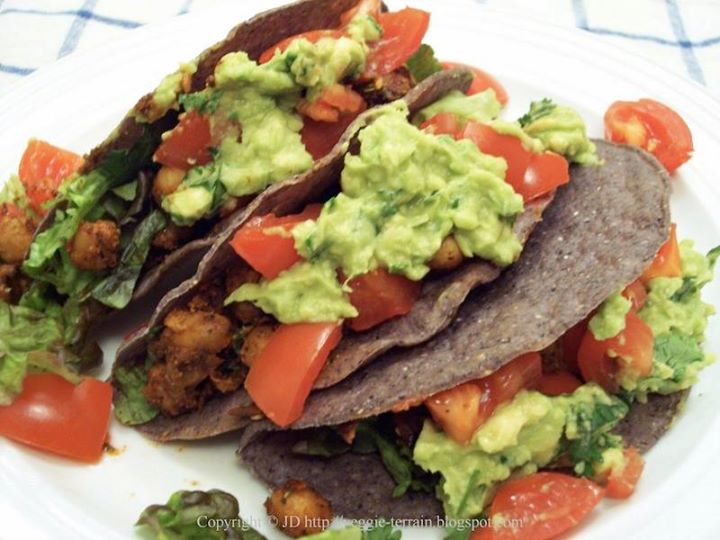 Most people have never had a chance to try really good, homemade tempeh – it’s a revelation. Originally from Indonesia, tempeh is made through the careful fermentation of soybeans or other legumes, creating a flavourful and incredibly healthy high-protein food.

Join Damon Dewsbury, the man behind Culture City, a local, artisanal tempeh company, for some delicious vegan tacos that showcase the amazing flavour and texture of his homemade organic Chickpea Tempeh. The tacos will be made with organic blue corn flour tortillas, local organic market veggies, a tomatillo & avocado guacamole and Daiya non-dairy cheese. They’ll be served with a mango & daikon salad with a fig, pepita, sunflower and sesame dressing.
$12 (tax-in)
#vegan #GF

—–
Damon Dewsbury has trained as a botanist, mathematician, molecular phylogeneticist (DNA sequencing, etc.) and a mycologist (mushrooms and fungi). He also grew up on a farm in southern Ontario, cooking alongside a family of cooks. Making tempeh has become Damon’s way to share his passion for food, nutrition, knowledge and nature with the local food community.

—–
Every Friday The Depanneur invites a different guest chef – amateur or professional – to come down and cook their favourite dishes.