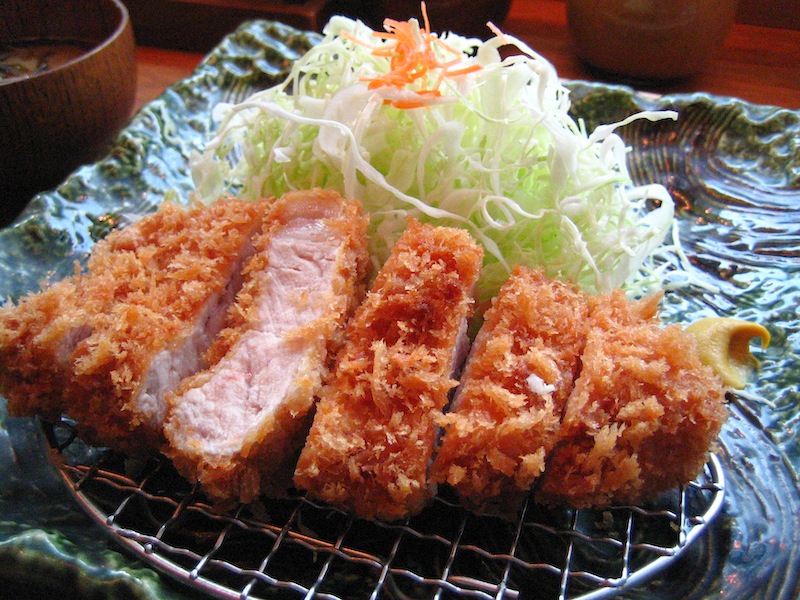 Tonkatsu is an old-school fusion cuisine dating from the late 19th century when Japanese cooks were experimenting with their own versions of European cuisine – a style known as yōshoku. The result has been a popular Japanese favourite ever since – hardly surprising since crispy, breaded fried thin pork cutlets are popular around the world, from wiener schnitzel to milanesa to cotoletta. Tonkasu also comes with it’s own dedicated sauce (Tonkasu sauce, or sōsu), inspired by Worcestershire sauce, but with its own unique Japanese twist.

Quinn Cruise is a newly-minted professional cook, fresh from the 2012 George Brown Chef’s School, where she was the only deaf graduate.