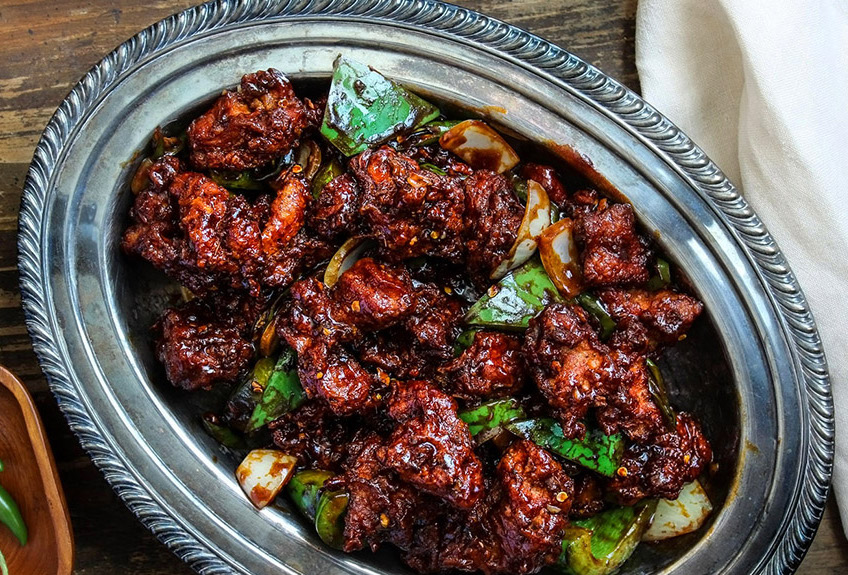 Chef Greg Couillard has forged a life-long reputation as a fearless culinary innovator, a kind of supercollider of food ideas, smashing them together with incredible force, producing novel and exotic new dishes for a few lucky diners to marvel at. Chef Greg has left an indelible impression on fine dining in Toronto, opening eyes, minds and palates to the incredible culinary diversity of our city for over 30 years.

For this, his final Supper Club at The Dep for 2018 before returning to his winter home in Mexico, Greg is in classic genre-busting form, drawing a wide arc across China, India, Thailand and Vietnam with a nod to the classic Canadian holiday table.

—–
Mulligatawny Soup
Mulligatawny (from the Tamil for “pepper broth”) was originally a curry-spiced chicken soup crafted to appeal to the English colonialists in the era of the British Raj. Exported back to Britain with returning expats, variations on this dish have since become a Commonwealth favourite from Australia to Scotland. Chef Greg adds aromatic local winter vegetables like parsnip, turnip celeriac and Ambrosia apples to enrich the flavourful, spicy chicken broth. Served with crispy papadams.

Figgy Pudding with Rum Sauce
Figgy pudding is a type of Christmas pudding originally made with figs, dating back to 16th century England; an ancestor to the fruitcakes, plum puddings or mince pies found on many Canadian holiday tables. Greg’s sumptuous version is packed with luscious Medjool dates and almond flour, and  topped with a decadent and boozy rum ‘hard’ sauce.
—–

After several years as Chef at a small boutique hotel in Mexico, Chef Greg has returned to Toronto as the Executive Chef of Bellwoods Health Services Addiction Treatment Rehab Centre, where his decades of experience contribute to a holistic approach to recovery and wellbeing.