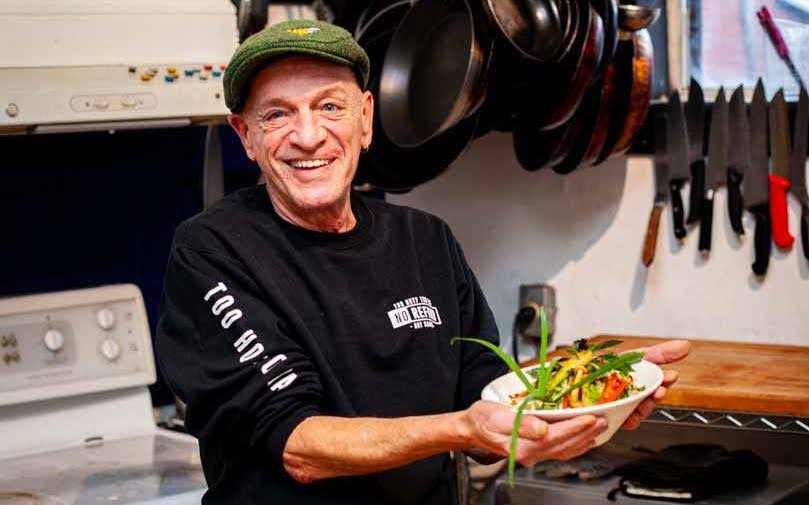 Well, this is it — The Last Supper — and I could not ask for a more perfect person to cook it than Chef Greg Couillard. In the 80s and 90s Greg blazed a trail through Toronto’s restaurant scene, equally famous for his spectacular talent and his enfant terrible reputation. He was one of a handful of revolutionary chefs that transformed fine dining in Toronto from a provincial enclave of old French fare and stuffy steakhouses into an explosion of colours, flavours and spices that reflected the energy and diversity of a rapidly changing city. He did to food what glam and punk did to music; similarly his rapacious addictions and wild child personality left as much chaos in its wake.

He would go on to do more than 70 events at The Dep, and along the way, undergo a quiet but radical transformation. He cleaned up his act, stopped drinking, and spent his winters cooking at a tiny boutique hotel in Mexico. He revelled the kaleidoscope of Mexican cuisine and ingredients and apprenticed aspiring young Mexican chefs into the world of the professional kitchen. Back in Toronto, he kickstarted a program to bring wholesome food to a busy addiction rehab center, perhaps the payment of a kind of karmic debt, an act of gratitude for surviving a lifestyle that devoured many of his friends. He remains to this day the most remarkably talented chef I have ever encountered, with an ability to elevate any dish he touches while also making it indelibly his own.
——

THANK YOU — THIS MEAL IS SOLD OUT!!

Chef Greg Couillard has forged a life-long reputation as a fearless culinary innovator, a kind of super-collider of food ideas, smashing them together with incredible force, producing novel and exotic new dishes for a few lucky diners to marvel at. After more than 5 decades in the kitchen, it would not be hyperbole to suggest that he is one of the most influential chefs in Toronto’s culinary history. Through groundbreaking restaurants like The Parrot, Stelle, Avec, Sarkis, The Spice Room and many others, his prescient embrace of this city’s multicultural flavours and ingredients revolutionized fine dining in Toronto, and foreshadowed the eclectic, international menus many now take for granted. Chef Greg’s latest project includes a new line of hot sauces called No Refund — Too Hot? Too Bad!