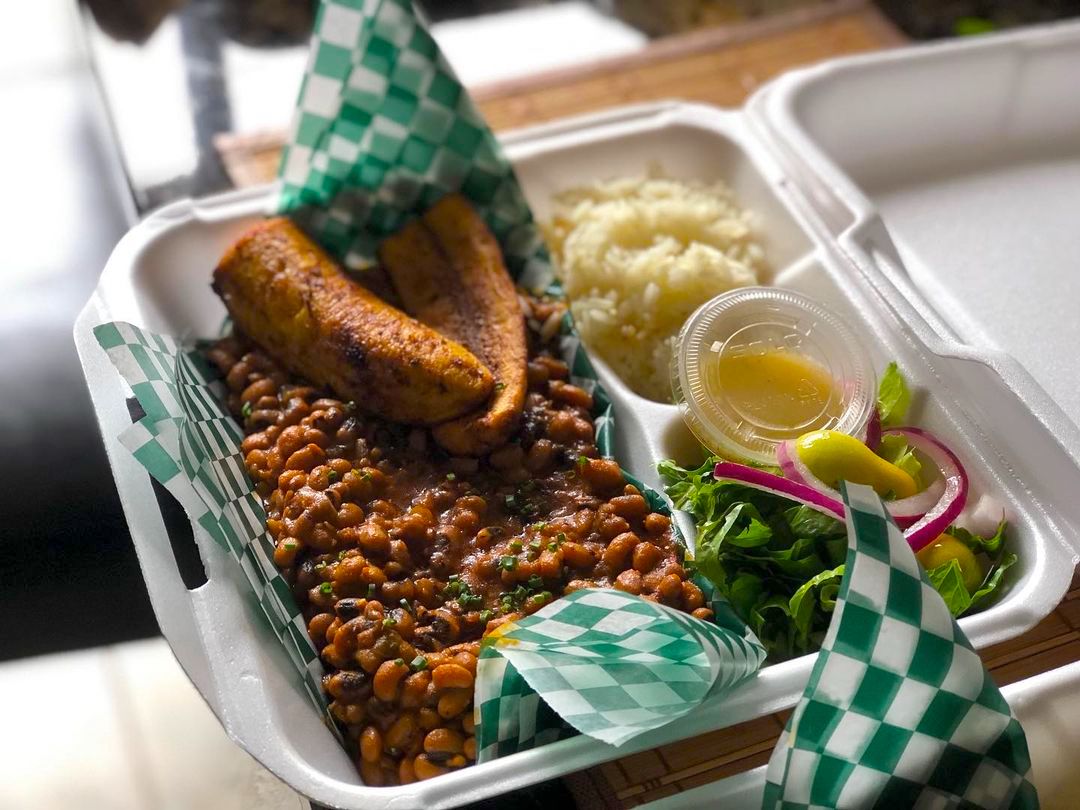 Afro-Haitians account for 95% of the population in Haiti, tracing a lineage back to Africa ranging from Senegal to the Congo to as far afield as of Madagascar. These diasporic traditions have informed the culture of the nation ever since the Haitian Revolution, the first successful insurrection by self-liberated slaves against colonial rule. These histories, as well as broader Caribbean, colonial French & Spanish, and global influences can all be found reflected in the country’s cuisine. Tonight’s menu by Chef Marc Kusitor of ChopTime Catering represents a mix of traditions from Haiti and Africa, much like Marc himself.
—–

Veggie Soup Bouyon
Though traditionally made with goat or beef stock, this version is a completely vegetarian take on a Haitian classic. Savoury broth flavoured with aromatic leeks, peppers, ginger and garlic, loaded up with cassava, chayote, spinach, and sweet potato, and finished with toothsome tapered miniature flour dumplings known as spinners in the Caribbean.

Diri Djon Djon with Roast Chicken (2pcs)
A dish usually reserved for Haitian family celebrations; rice and lima beans and cooked in a fragrant stock made from jet black mushrooms found in Northern Haiti. Served with slow-roasted chicken brined in epices, the distinctive aromatic green seasoning of Haitian cooking, and finished with and a spicy tomato sauce infused with thyme, clove, and scotch bonnet.

Red Red with Plantain and Steamed Rice
A staple street food from Ghana; black eyed peas cooked in the smoky, bright red oil of the palm fruit, along with tomatoes, garlic, ginger, and scotch bonnet for a rich and spicy vegan stew. Served with sweet fried ripe plantains and steamed jasmine rice.

Both mains come with a side salad with seasonal greens, tomato, radish, pickled beets and red onions, with a burnt orange vinaigrette.

Thank you for your enthusiasm for this event. Due to the tremendous interest, we have had to shut ordering early in order to be able produce enough to meet the orders that have been placed…

Chef Marc Kusitor graduated from George Brown’s culinary program 8 years ago, and became interested in exploring the possibilities in the space between tradition and innovation in Afro-Caribbean cuisine. He combines restaurant technique with family recipes and food memories instilled by his Haitian mother and his Ghanian father — both of whom were great cooks. The same fundamental formula that filled his home — food = love — informs the catering and pop-up events that he pursues through his culinary startup, ChopTime. IG: @choptimecatering

TABLE TALK: A Conversation on Jewish Music — Past, Present & Future