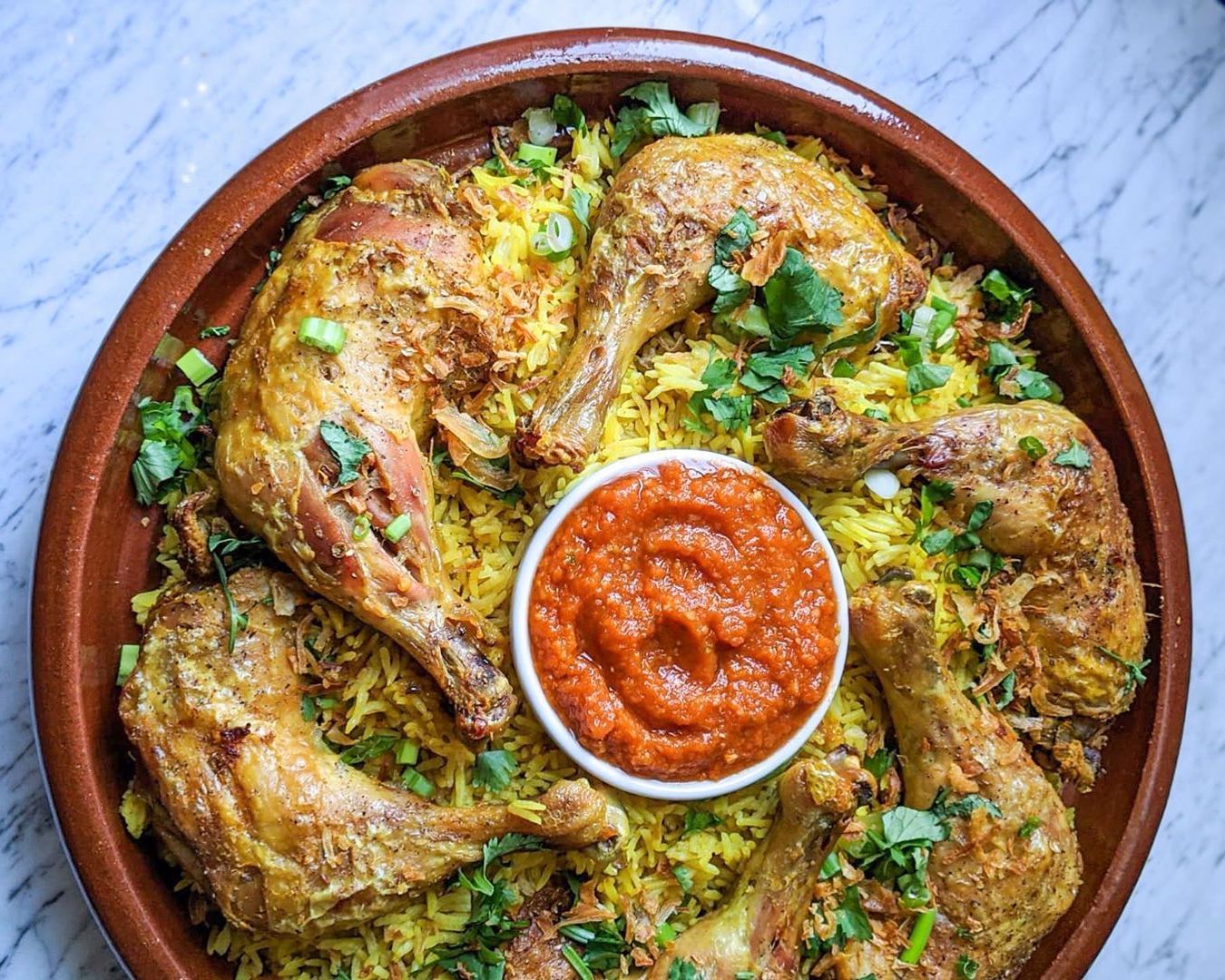 Yemen, tucked away at the southern end of the Arabian Peninsula, has been a trading state for thousands of years. With thousands of kilometres of coastline along the Red Sea and Gulf of Aden opening out in to the Arabian Sea and then the Indian Ocean, it has been at the crossroads of crucial trading routes between the East and West. Many empires — Sabaean, Arab, Ethiopian, Jewish, Ottoman and British — have all left their mark. The modern Republic of Yemen, the merger of the Yemen Arab Republic and the British protectorate of South Yemen, is barely 30 years old, but the culture and cuisine go back centuries. The food shares many characteristics with other Arabic and Middle Eastern cultures, as well as Persian, Turkish and Indian influences, but is notable for its piquant spiciness and delicious, homemade breads. Tonight Toronto Chef Najib Nasr, inspired and encouraged by his friend Frishta (herself a Depanneur veteran), steps into The Dep kitchen to share some of these hard-to-find dishes.
—–

Yemeni Shorba
A hearty lentil soup with lots of capsicum peppers and caramelized onions, richly spiced with Yemeni baharat (an Arabic 7-spice mixture) with notes of cinnamon and cardamom, finished with fresh thyme.

Chicken Mandi
Mandi most traditionally refers to slow cooking meat, most often whole lamb, with rice and spices in a clay oven buried in the ground. This adaptation uses the distinctive Yemeni spice blend, together with chicken and basmati rice which are baked together gently for several hours, infusing everything with a rich aroma. The result is topped with caramelized onions and served with sahaweq, thick, spicy tomato-based hot sauce with mint, caraway, garlic, olive oil and lots of cilantro.
-or-
Fasulya
Another famous Yemeni dish, a spicy cousin of Levantine foul, it is made up of fava and kidney beans, stewed with tomatoes, cilantro and green chiles, lightly mashed together and served with khobz al tawa, a homemade buttery, griddled flatbread seasoned with caraway seeds, perfect for scooping up the rich beans.

Both dishes come with salata tahini, a creamy salad of cucumber, tomato, red onion and green chili in a yogurt and tahini sauce.

Areeka
A traditional Yemeni dessert, areeka is a thick pudding of mashed dates and crumbled bread that has been enriched with cream, condensed milk, and warm spices, and topped with a drizzle of honey and a scattering of cashews.
—–

This event is SOLD OUT. Thank you for your support.

Najib Nasr is born and raised in Yemen,, and works as a full time chef at a Middle Eastern restaurant in Toronto. As much as he enjoys cooking, discovering and creating new recipes, his biggest inspiration is his mother whose recipes he loves to recreate. Najib is always excited to share authentic food from Yemen with his friends, and now with The Depanneur.