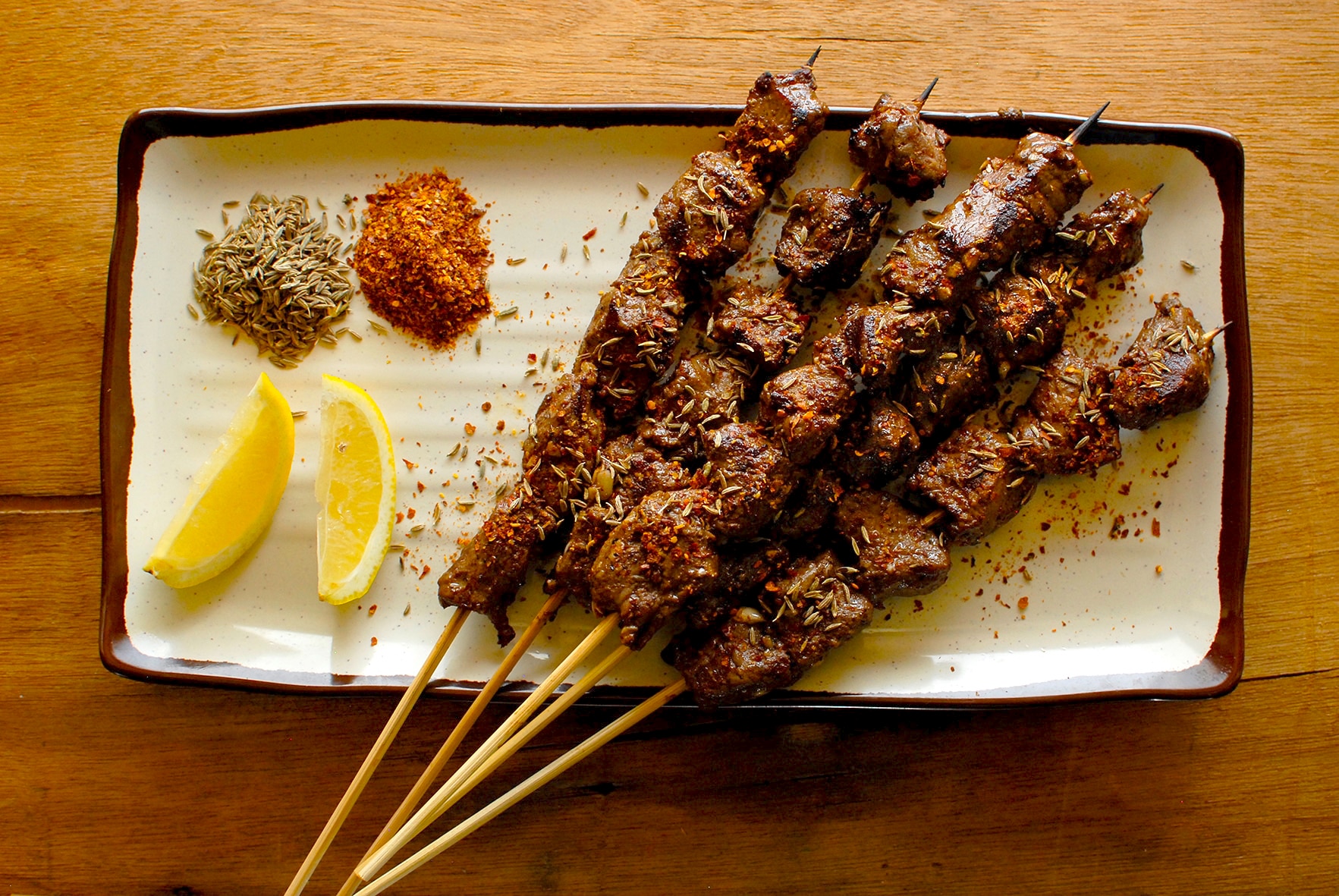 From familiar American-style BBQ, to the remote mountains of China’s Xinjiang province, meat cooked over a fire remains probably one of the most fundamental and universal of all culinary traditions. The Xinjiang Uygur Autonomous Region (XUAR) — China’s largest province — is located in the country’s extreme northwest. For centuries, the Silk Road trade routes ran through the territory, connecting the Far East with Central Asia, the Middle East and Europe. As a result, there are myriad ethnic influences in the local culture and the population remains predominantly Muslim.

Robert Yee draws inspiration from this remote but cosmopolitan cuisine to showcase a less familiar approach to BBQ, one that represents a fusion of cultures at the intersection of East & Central Asia .
—–

Xinjiang Yang Rou Chuan — Lamb –or– Tofu skewers
Probably the most iconic of Xinjiang dishes would be the ubiquitous lamb skewers found in street stalls and markets throughout the region. Halal lamb, potently seasoned with cumin, coriander seed, chili powder, and salt, and typically grilled over hot coals.

Xing Ren Do Fu — Almond Jelly with Osmanthus Syrup
A delicate dessert made from Chinese “almonds” (technically sweet apricot seeds), whose milk is bound into a light jelly with sugar and agar, and then garnished with a syrup in which fragrant osmanthus flowers have been steeped.
—–

ORDERING IS NOW CLOSED FOR THIS EVENT. PICK UP IS FRI 6-7:30PM

Raised by his grandmother’s cuisine, Robert Yee has always had a strong interest in the culinary arts. A software developer by day, he trained in the Culinary Arts program by night, with a focus on global cuisines. A traveller who “eats the world”, he brings back inspirations and techniques from local artisans as well as Michelin starred restaurants. You can follow his culinary adventures on Instagram and Facebook @superbgourmand.