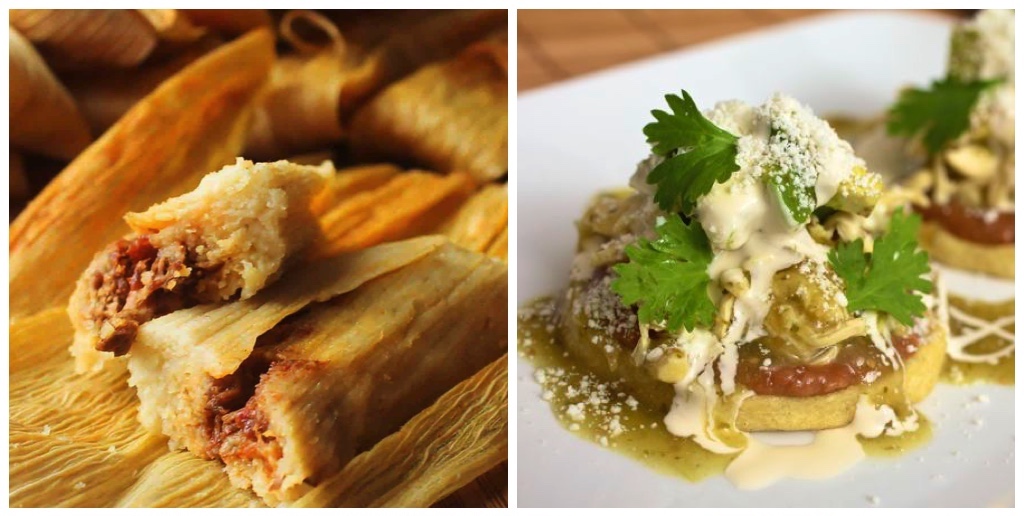 In Mexico, Christmas interconnects with many other festivities and traditions. In early January, Dia De Los Reyes (Three Kings Day) celebrates the three wise men who brought gifts to the newborn Jesus; it’s celebrated with the baking of a Rosca de Reyes, a round bread ‘wreath’. One tradition is to hide a small figurine of el Niño (baby Jesus) in the bread, and whoever gets the slice with that in it, is expected to prepare tamales for their friends & family on Día de la Candelaria (Candlemas) on February 2.

This festivity has deep roots; on the same day — the eleventh day of the first month on the Aztec calendar — pre-Hispanic Mexicans had a celebration paying a tribute to the Rain God Tlaloc to ensure abundant rainfall for the crops. It believed that the Spanish adopted this to ease the conversion to the Catholic faith, and the modern tradition retains certain common elements, such as dressing up children for the occasion.

As with many other traditions in Mexico, in the end it is just an excuse to get together with family and friends to eat great food. Join Chef Erika Araujo as she brings this delicious celebration to The Dep for this special brunch pop-up featuring traditional tamale and atole recipes passed down from generation to generation.

Huevos Divorciados $10
2 sunny eggs over 2 warm, fresh tortillas; half covered in green salsa verde and half in red salsa rojo, with a side of refried beans

—–
Erika Araujo is a trained nurse in Mexico who found her passion for Gastronomy once she migrated to Canada. She completed the Culinary program at Humber College, and since then she has been tirelessly promoting Mexican culture and cuisine through her brand Ixiim, at workshops and culinary events like TacoFest, Soupalicious and the PanAm Games.