SUPPER CLUB: A Night in Tunis by Dali Chehimi 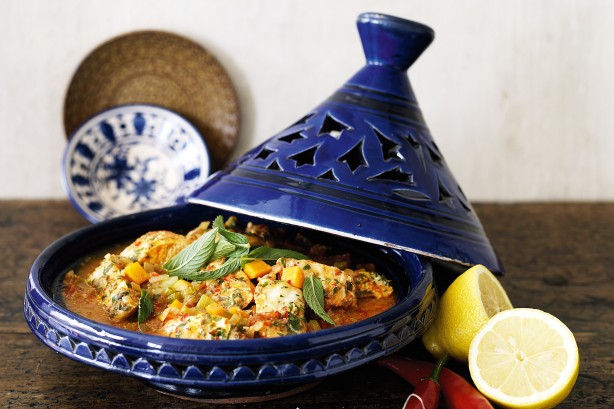 The name Tunis is often associated with an Arabic word that means to socialize and to be friendly. With hospitality so close to the heart of Tunisian culture, it should be no surprise that it also abounds with fantastic food.

Brik a l’Oeuf
This is the best-known version of Brik (pronounced breek), a Tunisian dish consisting of thin “warka” pastry wrapped around a variety of fillings. In Brik a l’Oeuf, a whole raw egg is included with chopped onion, tuna, harissa and parsley, before it is fried to golden crisp. There is a Tunisian tradition where a bride-to-be’s mother makes brik for the potential bridegroom — if the bridegroom eats it without spilling any of the egg yolk, he may marry the bride!

Ommek Houria
A spicy Tunisian starter, somewhere between a salad and a dip, made with sweet braised carrots combined with Dali’s homemade harissa, garlic and olive oil. A popular dish to break the Ramadan fast.

Green Tea and Artisanal Baklava
Dinner ends with a cup of classic Tunisian tea and a selection of fine North African pastries.
—–

—–
A veteran Toronto restaurateur, Dali Chehimi’s storied career has seen him working alongside luminary chefs like Greg Couillard at iconic restaurants such as Sassafraz, Sarkis and Avec, as well as running Casbah, an innovative pop-up food stall specializing in Tunisian fare.