SUPPER CLUB: Helping Out Like a Boz by Ksenija Hotic 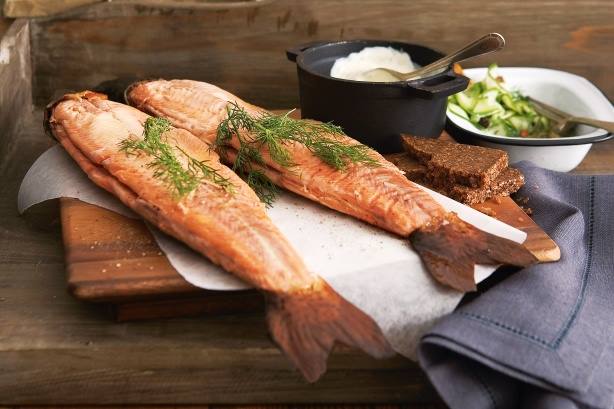 The delicious and heartfelt traditional Bosnian dinners of Ksenija Hotic and her family of talented cooks have always been an eagerly anticipated part of The Depanneur roster of events. This time around it is even more significant; catastrophic flooding has hit Bosnia, Serbia and Croatia — the worst in over a century — and has ravaged Balkan cities and countryside. Ksenija will be donating proceeds from this events to help Bosnia farmers buy new bees and crops to help rebuild a food system ravaged by the disaster.

Smoked Trout
Caught locally and smoked by the Hotics themselves, this incredibly fresh and flavourful appetizer is served with fried little breads (ustipak) and fresh herbs from the Hotic’s garden.

Sarme & Maslenica
A classic dish across the Balkans, cabbage rolls (Sarme) with stuffed minced and smoked meats, rice and spices, and wrapped in homemade pickled cabbage leaves. These will be served with Maslenica, a traditional bread broken up at the table for sharing.

Čilbur & Krompiruša
Young garden leeks are baked with eggs and herbs into a kind of thick frittata, and served alongside an classic “pita”: a strudel/burek-like dish of paper-thin homemade phyllo dough wrapped around a savoury filling of potato and smoked lamb, rolled into a large spiral and baked.

Proceeds go to support Bosnian farmers affected by the floods.

Ksenija Hotic‘s involvement with food starts in Bosnia in her grandmother’s kitchen and her father’s foraging trips in the woods. It leads through Berlin and all the way up to the Toronto Underground Market, where she is part of the core team behind this innovative showcase for alternative culinary talent. An enthusiastic gardener, foodie and photographer, Ksenija is combining her love for cooking and her family’s heritage for this dinner of traditional Bosnian recipes.