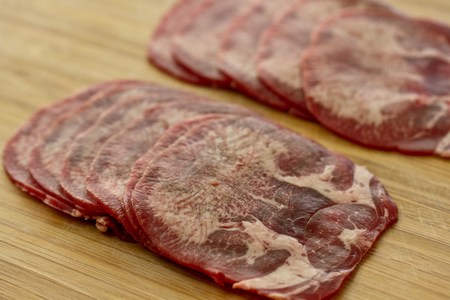 Both Japanese and French cultures are somewhat obsessed and defined by their food, resulting in a remarkable sophistication and highly esteemed place in the national identity. So it comes as no surprise that there has long been a fascination with fine French cooking in Japan, and the emergence of a fusion Japanese-French culinary ideas.

Chef Taka Kuroki trained in French cuisine and spent a decade as the sous chef at Le Poutriere, a prestigious French restaurant in Fukuoka, Japan (where he specialized in lobster dishes). Chef Taka will be assisted by Chef Shinji Yamaguchi of Gushi Japanese Street Food.

This menu represents a thoughtful combination of French and Japanese flavours, ingredients and techniques, elegantly presented by a talented chef informed by a lifetime immersion in both these cuisines. This will be The Dep’s last Supper Club of 2013, and a very special ending to a year of remarkable food.

Katsuo no Tataki
Raw skipjack tuna briefly seared on the outside

This event is SOLD OUT
If your would like to be put on a guest list in the event of a last-minute cancellation, please contact us.