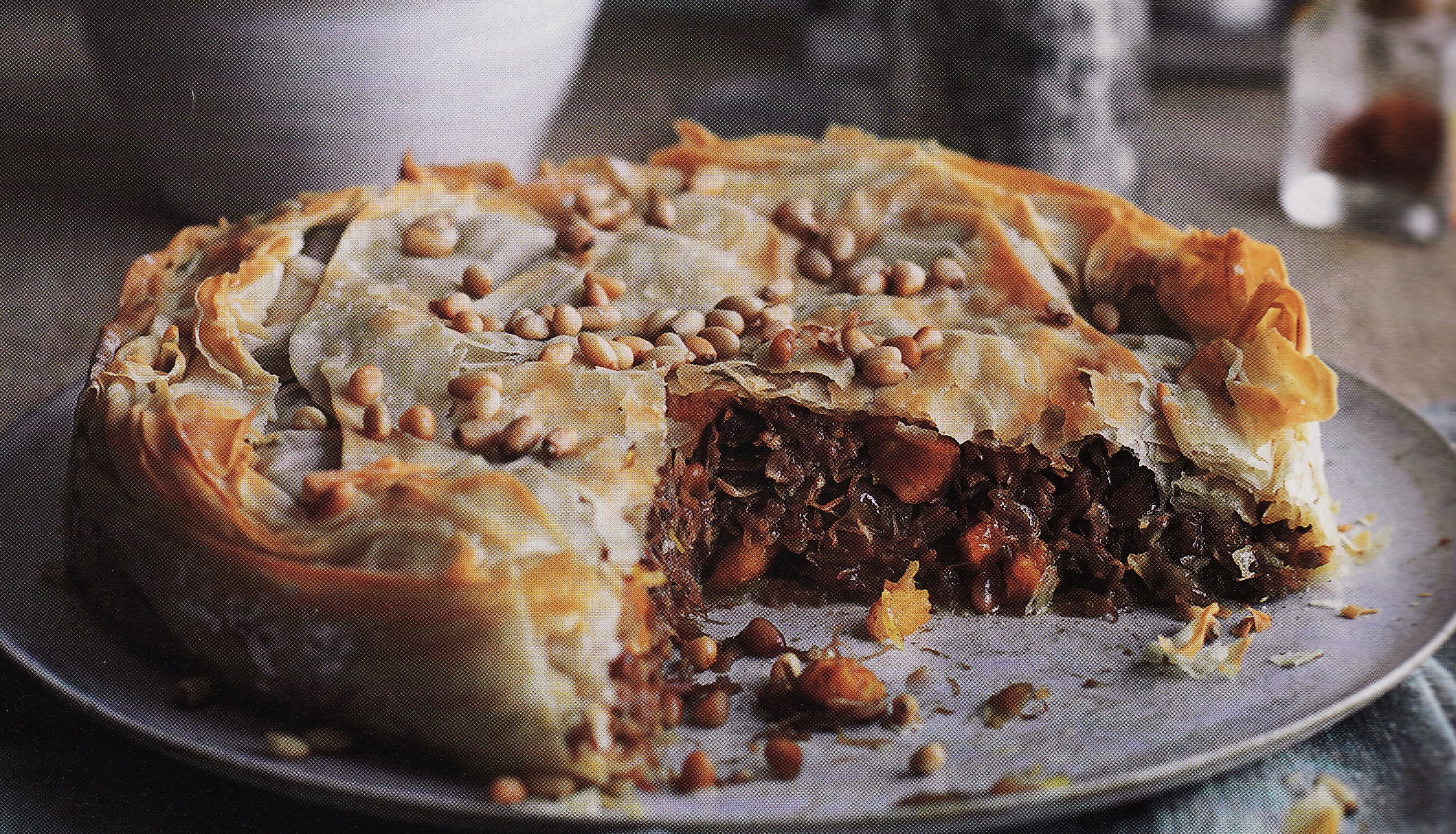 The Moors, a vibrant culture of Islamic North Africans, migrated to the Iberian peninsula in the 8th Century where they thrived for 700 years, leaving an indelible mark on the culture, music and food of southern Spain. Separated by less than 8 miles at the strait of Gibraltar, the cuisines of Morocco and Spain continue to share and celebrate the many bounties of the Mediterranean.

So it comes as no surprise that a chef with a life-long interest in Spanish food like José Arato of Pimenton, to reach the short distance to explore the cuisine of Morocco in this enticing menu.

—–
Pomegranate Hummus
This smooth chickpea spread is found all across North Africa, but the addition of pomegranate molasses and a garnish of fresh pomegranate seeds gives it a uniquely Moroccan twist.

Chicken B’stilla
This savoury meat pie (traditionally made with squab or pigeon) traces it’s roots to Al-Andalus, the Moorish settlements of early medieval Spain, though it is now more likely to be found at a Moroccan wedding or celebration. Showcasing the Moorish love for combining savoury and sweet, tender chicken, almonds and spices are wrapped in paper-thin werqa dough (similar to Greek phyllo), before being brushed with butter and topped with a dusting of sugar and cinnamon. Served with houria, a spicy Moroccan dish of carrots with toasted cumin & cayenne, and a fresh green mixed salad with a golden turmeric-infused vinaigrette.

—–
Chef José Arato is the owner and Head Chef at Pimenton, a Toronto catering and gourmet food project specializing in Spanish and Mediterranean fine food. Along with paella cooking classes, Pimentón offers wine pairing classes that teach aspiring cooks what to drink alongside the delicious dishes they’ve made.