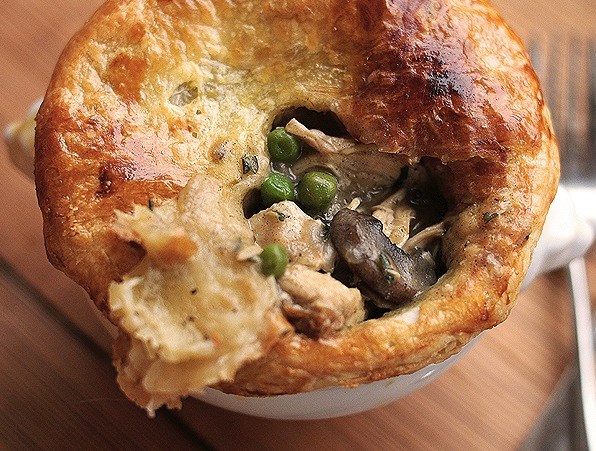 I’m excited to announce this 3rd installment of the collaboration between Chef Kendra Simmonds and Greg Clow of Canadian Beer News. These events combine Kendra’s remarkable creativity in the kitchen with Greg’s encyclopaedic beer knowledge to produce a unique dining experience. A selection of local craft beers are used to create a series of unique dishes, which are served along with a tasting flight of each beer.

This will be the 3rd, and sadly final edition of these terrific craft beer tasting dinners as Kendra will be leaving on an adventure to New Zealand in November. To commemorate this, Kendra has chosen dishes that represent foods that have been meaningful parts of her culinary career in Toronto, in addition to showcasing her city’s wonderful craft beers.

As the leaves begin to change and the temperatures drop we can look forward the return of fabulous fall beers, seasonal spicy brews and rich pumpkin ales. This selection of beers and dishes will get you excited about the season’s bounty of local brews and fresh produce.

We are working on finalizing the beers to be used and served, and will update the menu soon.

Kendra Simmonds learned the basics of working in a French kitchen while on a student exchange in France. When she returned to Canada, she attended culinary school at both Humber and George Brown Colleges, worked in the kitchen at the Campbell House Museum, apprenticed at Jamie Kennedy Kitchens, and now runs her own catering company, Salt & Sparkles. She has previously worked with the Depanneur on several sold-out Supper Clubs, including one that recreated the last meal on the Titanic.

Greg Clow runs Canadian Beer News is a website dedicated exclusively to coverage of Canada’s beer and brewing industry. Presenting news and information with minimal editorializing, CBN features announcements of new beer releases, brewery openings and closures, news about festivals and events, and other information from breweries all across the country.