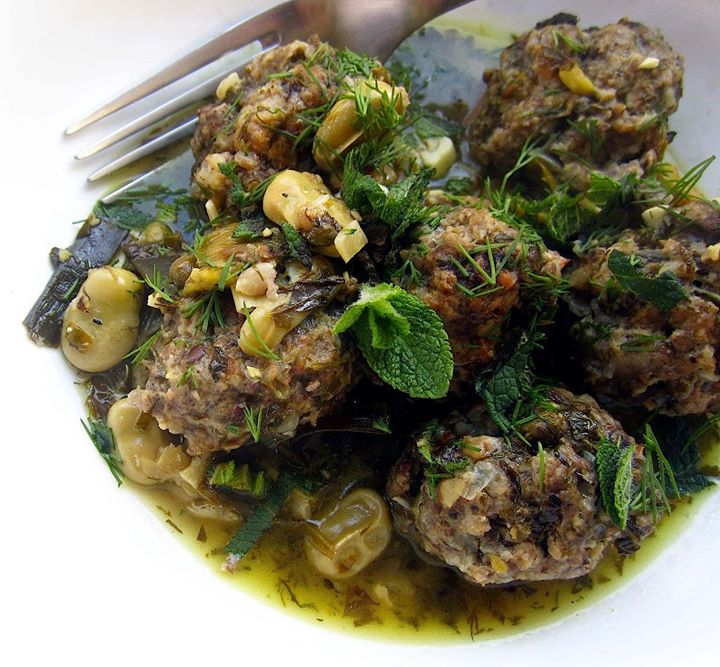 There was such an overwhelmingly positive response to Paula Costa’s sold-out Ottolenghi-Inspired Supper Club in November, and so many more tantalizing recipes in Yottam Ottlenghi’s award-winning cookbooks (Jerusalem, Plenty, and the just-released Plenty More), that a follow-up dinner was a no-brainer. Paula has chosen a whole new selection of Eastern Mediterranean dishes

Israeli-born, London-based Chef Yottam Ottolenghi, together with Palestinian Chef Sami Tamimi, have been leading a quiet, delicious food revolution since opening their first spaces in 2002. They have transformed their personal take on fresh, authentic Middle-Eastern flavours, colourful vegetable dishes and exotic spices into an influential chain of restaurants and series of award-winning cookbooks.

Side: Saffron and Almond Rice

Dessert: Semolina, Coconut & Marmalade Cake with Orange Blossom Syrup
—–
$40 +HST
B.Y.O.B — no corkage fee
—–
Growing up in a Portuguese household with a large extended family in Kitchener, Ont., Paula Costa has been eating the food of great cooks for her whole life. Her own culinary journey started in her early 20s. As she grew more confident in her cooking, she began to improvise and develop her own creations. Paula learned to become fearless in the kitchen and try anything.
Paula started her blog, Dragon’s Kitchen, as a way to share recipes with friends and family, but was pleasantly surprised when strangers began visiting the blog and leaving comments. It encouraged her to continue and expand how she used it. Social media has opened up an entire “foodie” world of new people and experiences for Paula, including teaching cooking classes, competing in cooking competitions, catering and hosting supper clubs.
http://www.thedragonskitchen.com/
—–
Every weekend The Depanneur invites a guest chef to host a fun, informal dinner party.

WORKSHOP: The Art of Dimsum by Lejen Chen
Scroll to top