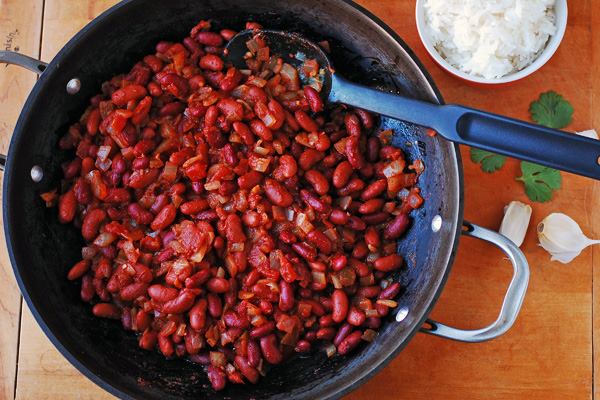 In Mexico, it is customary to say “provecho” before starting a meal, from the word aprovechar, which means “to make the most of it.” A deeper sense of provecho is expressing the hope that something contributes to one’s health or well-being; a gracious, inclusive, social gesture. Mexican Spanish often uses diminutive suffixes like -ito/ita to indicate informality and affection. And so provecho becomes “provechito” – a casual ‘bon appetit’ for your friends, which pretty much sums up the spirit of this Mexican-inspired vegetarian meal — featuring 2 homemade margaritas! — by bartender-foodie Matt Lazin.
—–

—–
Matt Lazin first learned cooking from his grandmother at a young age, but it wasn’t until he started working in the restaurant/catering industry that his ideas of what food could and should be really expanded. The last 8 or so years working as a bartender and in catering have broadened his culinary horizons, emphasizing the diversity, quality and originality in the world of food. Combined with a life-long interest in other cultures & countries has led to and ongoing exploration of foods from around the world, with Mexican/Latin cuisines being among his favourites. A shift towards vegetarianism over the last 2+ years has also added new knowledge and techniques in the kitchen, and he hopes to bring it all together for a great night of food & cocktails.