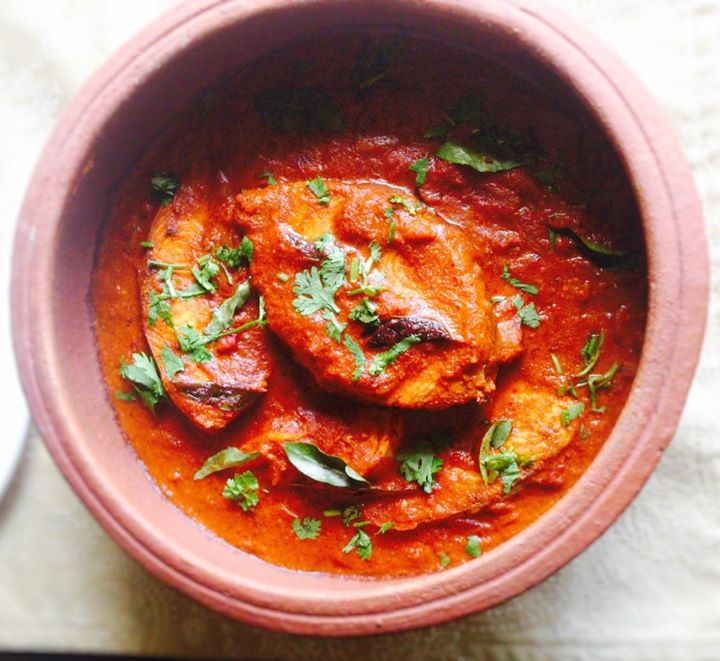 Chef, restaurateur and culinary historian Abeda Oturkar grew up in Bombay; living by the beach, surrounded by coconut palms and an abundance of fresh fish just off the boat, it should come as no surprise that she developed an abiding love for seafood.

For this meal, Abeda picks some of her favourite dishes from the 990 miles of coastline along the Western coast of India, a region rich in diverse cuisines. From Mumbai to Goa to Calicut, every 200 km or so the languages change, along with what is served at the table. Some staples stays — fish, coconut, rice — but the flavours and recipe are as unique as the people. Traditionally fish recipes throughout the region are prepared in earthenware pots; Abeda will keep the tradition going here in Toronto, lending this rustic flavour to the dishes.

Kokum Sherbat
A unique Sweet & spicy beverage made with Kokum (also known as the Malabar Tamarind), a vibrant purple/magenta fruit native to this region considered to be very healthy. The dried & powdered fruit is combined with fresh coconut milk, cinnamon, sugar, ginger and cumin.

Meen Ghassi
A traditional Mangalorean cocnut and fish curry, popular in the Catholic communities between Goa and Kerala. It gets its distinct flavour from a special masala blend made from roasted coriander seeds, fenugreek seeds, cloves and the very aromatic (but not spicy) Bydagi chili which gives the dish its beautiful vermilion colour.

Kakdichi Tavsali
A dessert from the Goan belt, this steamed cake gets its moistness and subtle aromatic flavour from cucumber, combined with semolina, fresh coconut, jaggery or coconut sugar, cardamom, and ghee. Served with fresh coconut whipped cream.
—–

—–
Abeda Bihari Oturkar is a veteran food entrepreneur who is equally passionate about preparing delectable recipes and providing foods that improve well-being. Over more than 11 years her Dubai-based food business, Spice & Aroma Alimentary Food, grew to encompass a successful restaurant, catering business, cooking classes, consulting and culinary tours. All of Abeda’s endeavours are informed by a lifelong study of food, culinary history, spices and nutrition. She’s now looking to bring this culinary adventure to Ontario.