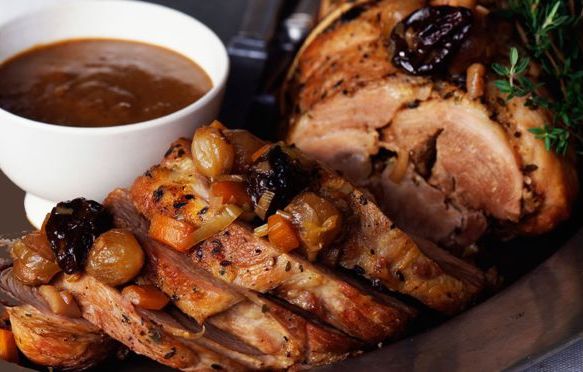 Christmas has long been one of the central festivities in France, rich with culinary and musical traditions. The Dep is delighted to reunite Chef Chantal Véchambre and singer Mélyssa Rose for a celebration of the Temps des Fêtes, with a selection of authentic French food and music. Chantal brings some of her favourite French holiday dishes to the table, and Mélyssa pays homage to French musical legend Charles Aznavour, along with a selection of classic Noël songs.

Bûche Noël
The most famous and traditional French Christmas dessert. the bûche (Yule Log) is made from delicate sponge cake rolled around chestnut cream and decorated with rich chocolate icing to resemble a branch of a tree. A sweet tribute to the original “Yule Log” which would be burnt in the fireplace on Christmas Day — lit with the remains of the previous year’s log, which had been kept the whole year for good luck.
—–

Born and raised in France, Mélyssa Rose moved to New York City at the age of thirty years old to pursue her dream of becoming a jazz singer. After one year in New York City where she performed in bars, French restaurants and jazz clubs, Mélyssa moved to Toronto. Specializing in French music from the 1950s, Mélyssa interprets and tells stories, uncovering the secrets of the songs in her repertoire. The singer also lends herself to American jazz standards, but always with a Parisian esthetic. Minuit a Paris
—–

Every weekend The Depanneur invites a guest chef to host a fun, informal BYOB dinner party.