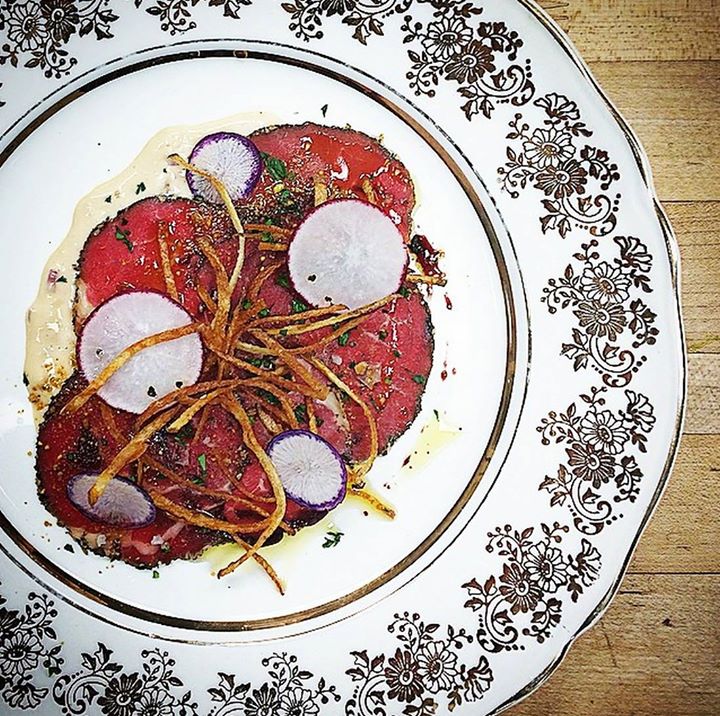 With several prestigious awards under his belt, and a brief stint as chef de cuisine at The Chase, Chef Dave Mottershall made big waves in the TO culinary scene with his recent Loka Snacks pop-up at Leslieville’s Hi-Lo bar in September. Rooted in a farm-to-table, nose-to-tail ethos, and a deep love for quality meats — Chef Dave is leading a sold-out Intro to Charcuterie Workshop at The Dep — this promises to be a chance to share an intimate dinner with a hot young chef whose star is on the rise.

—–
 Chef Dave Mottershall is best known for his 7-­year stint on Prince Edward Island, opening Terre Rouge, a restaurant featuring locally sourced and sustainable ingredients. He was named PEI Chef of the Year in 2012 and winner of the 2013 Taste Our Island Award for his dedication to supporting the local food movement. He returned to Toronto six months ago and found a home in Riverside, a neighbourhood where he sees great potential for the best food in the city.

Dave’s passion for cooking is evident in his Instagram account where he is affectionately known as Chef_Rouge.