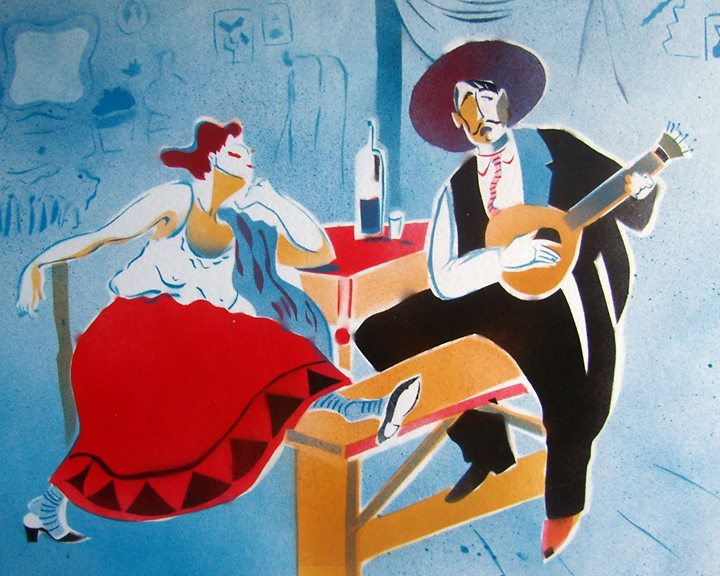 Musical traditions, much like culinary ones, are often the result of the cultural fusion that comes about through conquest or migration. Fado is a perfect musical example; while evocative of Portugal it is spiced with hints of Brazil, Mozambique, Angola and Cape Verde.

The Afro-Brazilian musical tradition of Fado, or ‘fate’, dates back before the 19th century in Portugal where it’s signature rubato tempo and themes of the melancholic sea life of fisherman and the resignation of the poor were the soundtrack to the bohemian margins of society.

When played in the local taverns or “Fado Houses” of Lisbon and Coimbra, the experience of Fado is often intertwined with food —a few songs, a few dishes, a few more songs, more food and drink — and so the night goes…

Tonight, we seek to re-create this kind of experience, highlighting the sensuous flavours and sounds of the Portuguese diaspora though a collaboration by Paula Costa of Dragon’s Kitchen, and local Fado trio Raízes e Ramos.

Frango a Minha Maneira
Roast chicken with chillies and herbs, served with roasted potatoes & tomatoes. Homemade Piri Piri sauce on the side for those who like the extra spice.

—–
Paula Costa started her blog, Dragon’s Kitchen, as a way to share recipes with friends and family, but was pleasantly surprised when strangers began visiting the blog and leaving comments. It encouraged her to continue and expand how she used it. Social media has opened up an entire “foodie” world of new people and experiences for Paula. She finds that “each new meeting or outing expands my knowledge, increases my passion and (I hope) makes my blog better.”

Raízes e Ramos a Fado musical group with Louis Simão, a composer, singer, bassist, accordionist and guitarist, and pianist, acting as one of the pillars of the Brazilian music scene here in Toronto. Next is Larry Lewis, a guitarist, he plays regularly with The Tich Maredza Band, an African group and Jessica Lloyd, singer, with her classical training and performance experience is versatile with a capital V.