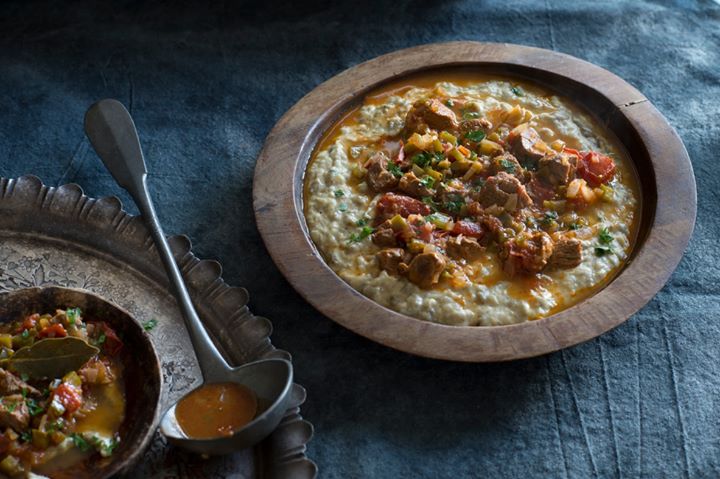 This event is SOLD OUT!
A second night has been added on Sunday, April 3

For more than 600 years, the vast Ottoman empire represented one of the most sophisticated aristocratic cultures in the world. It profoundly influenced – and was influenced by – diverse culinary traditions spanning from Central Asia to North Africa, the Balkans to past the Arabian peninsula into Eastern Africa. The heart of Ottoman culture was in Istanbul, the capital, where the imperial court and the metropolitan elites established a refined culinary tradition bringing together elements of regional cuisines from across the empire. It was here, in the kitchens of the Imperial palace, that Ottoman cuisine reached its most refined form.

Some dishes uniquely reflect this legacy; for example, tonight’s main course, Hünkar Beğendi, translates as “the Sultan liked it”, referring to Sultan Murad IV (1612-1640). There is also a legend that this dish was served to Empress Eugenie, the wife of Napoleon III, in Sultan Abdülaziz’s Beylerbeyi Palace in 1869, and she liked it so much that Abdülaziz promised her to ask his chef to give Eugenie’s cook the recipe. And the rumor goes that Abdülaziz’s chef was reluctant to share his recipe.

With this lavish meal, Chef Murat Ozsuvari, together with business partner Tolga Ay of M&T Food Services, showcase some of the remarkable cuisine that developed at the crossroads of Europe and Asia.

—–
Chef Murat Ozsuvari studied cooking in Vancouver and has worked in restaurants around the world, including the Ritz Hotel in Miami, and the renowned Ara Café in Istanbul. Together with Tolga Ay, they have recently co-founded a new catering company Toronto, M&T Food Services, offering a broad range of Turkish-inspired and international foods for home delivery or events.

SUPPERCLUB: Ottomans in Toronto by M&T Foods
Scroll to top