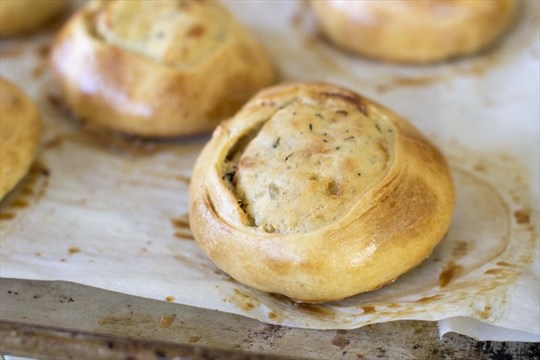 “Due to a series of unfortunate (but sure to make entertaining anecdotes to n the future) events, tomorrow’s brunch at the Depanneur is cancelled. Many thanks to those who came out today, and I hope to see you all next time.”
— Emily Zimmerman

Emily has been veganizing classic New York-style Ashkenazi dishes for years. Now these dishes, based on both restaurant treats and family favourites, are available for brunch!

Featuring Emily’s signature knishes — delicious, flaky pastries with hearty, savoury fillings — along with  brunchy delights like her fool-your-Bubby eggy tofu scramble with caramelized onions. And what would any appetizings menu be without a “dairy plate,” or rather, a non-dairy plate, piled with the complete selection of sides, salads, spreads, and schmeckens (little noshes).

Tofu scramble with caramelized onion, rye toast, choice of side $12

—–
Emily Zimmerman is the lady behind Pear and Pepper; she works as a community kitchen coordinator by day, fabulous vegan chef by night. She can be found at food events around the city, as well as at The Depanneur hosting the occasional vegan Workshop or Supper Club.