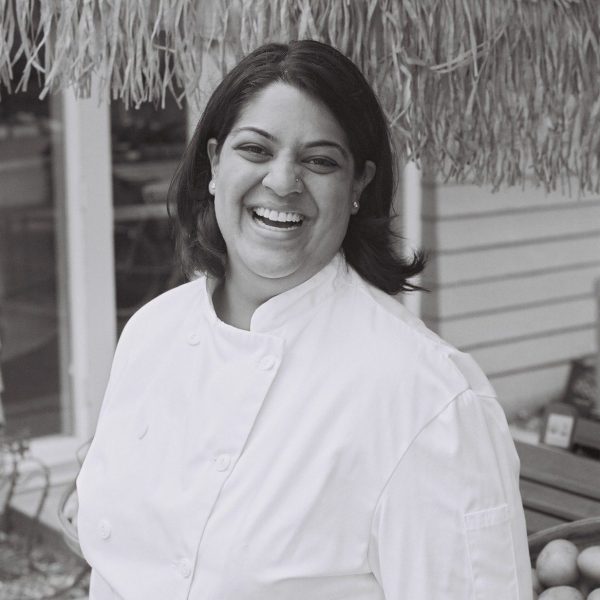 Join local food maverick Joshna Maharaj for an discussion about about how we understand our cultural identities through food. The pursuit of “authenticity” in food is elusive at best, divisive at worst, and ultimately more of a myth than perhaps we’re willing to admit.

What makes a dish “authentic”? The ethnicity of the cook? The provenance of the ingredients? The techniques of preparation? The age of the recipe? All or none of these things?

Consider for a moment that tomatoes weren’t in Italy, potatoes weren’t in Britain and chiles were not in Asia prior to the 1500’s… Many supposedly culturally quintessential foods — sushi in Japan, baguettes in France, fish & chips in Britain, tequila in Mexico, tandoori chicken in India — have surprisingly short histories, most less than 200 years old.

And in cosmopolitain places like Toronto, with no real distinctive culinary tradition of its own, who is to say who makes the a truly authentic dish? A cook that shares an ethnicity with a dish but has never tasted it in its original context, or a cook who has spent years travelling and researching a cuisine foreign to their own background? A glimpse into most any restaurant kitchens in this city will reveal a much more diverse, multicultural mix than what may appear on the menu.

I chose to make Durban Bunny Chow for a few reasons: a nod to Joshna’s South African-Indian heritage, because it looks delicious, and because it touches on so many of the things that make the question of what makes a dish “authentic” interesting and problematic. First off, let’s just clarify that it does not contain any rabbit: Bunny Chow is a popular South African street food made from a hollowed out loaf of white bread filled with a flavourful curry; a distant comfort-food relative of the Sloppy Joe.

It’s roots go back to the 1940’s when it is suggested that the loaf of bread was used as a convenient (and tasty!) way to make staple pulse stews more portable for Indian migrant workers in the sugar cane plantations of Durban. It has long since outgrown its humble, vegetarian roots to become something of a national dish in South Africa, with countless variations (mutton being the most popular) and its own slang, lore and competitions. Hell, I’ve even seen Instagrams of dainty little gourmet Bunny Chow canapés in toasted brioche cubes garnished with micro greens.

Now here’s where it gets interesting: in what ways can this dish even begin to be considered “authentic”? On the one hand, it is specific to a particular place, and the unique cultural influences and history found there. But a loaf of white bread is pretty far removed from either traditional Indian or African cuisines. Even the notion of “curry” itself is a bit of an artificial, post-colonial construct, a convenience to package up a complex culinary tradition into a simple, exportable product: curry powder, itself made up of many ingredients from neither India nor Africa, but the result of centuries of global trade in spices. Add to that the fact that chili peppers, tomatoes or potatoes would have not even existed outside of the Americas prior to 1500.

Now multiply all of this by the fact that I — a Montreal-born Romanian Jew — am attempting to make Bunny Chow having never visited South Africa, or even having ever tasted it before, based entirely on internet research, culinary instinct, and local produce. (That said, I will try and head up to the South African store in Wilson Heights for some spices and hot sauce). Will this meal somehow, despite all this, still be recognizable as an “authentic” South African dish, to be savoured nostalgically by an expat or as an exotic novelty by a curious foodie? I guess you’ll have to come down and try it to find out.

—-
Joshna Maharaj is a busy chef with big ideas about good food! Joshna’s strong social justice and sustainability ethics are rooted in her time at The Stop, where she built innovative and delicious community food programs. Since then, she has supported numerous community organizations and projects trying to build a more sustainable food system. Recently, Joshna has been working with institutions in Toronto building new models for institutional food procurement, production and service, proving that the institution is a viable tool for social change. Joshna is currently an expert panelist on TVO’s The Agenda with Steve Paikin and makes regular appearances on CBC radio. She is also a two-time TEDx speaker and recently made the shortlist of nominees for the inaugural Basque Culinary World Prize recognizing chefs who use gastronomy to make social change. Twitter & Instagram: @joshnamaharaj

—–
Len Senater is the founder and proprietor of The Depanneur, who happily cooks for his friends and neighbours.

Find out more on Table Talks at The Depanneur
http://staging.thedepanneur.ca/drop-in-dinners/table-talk/