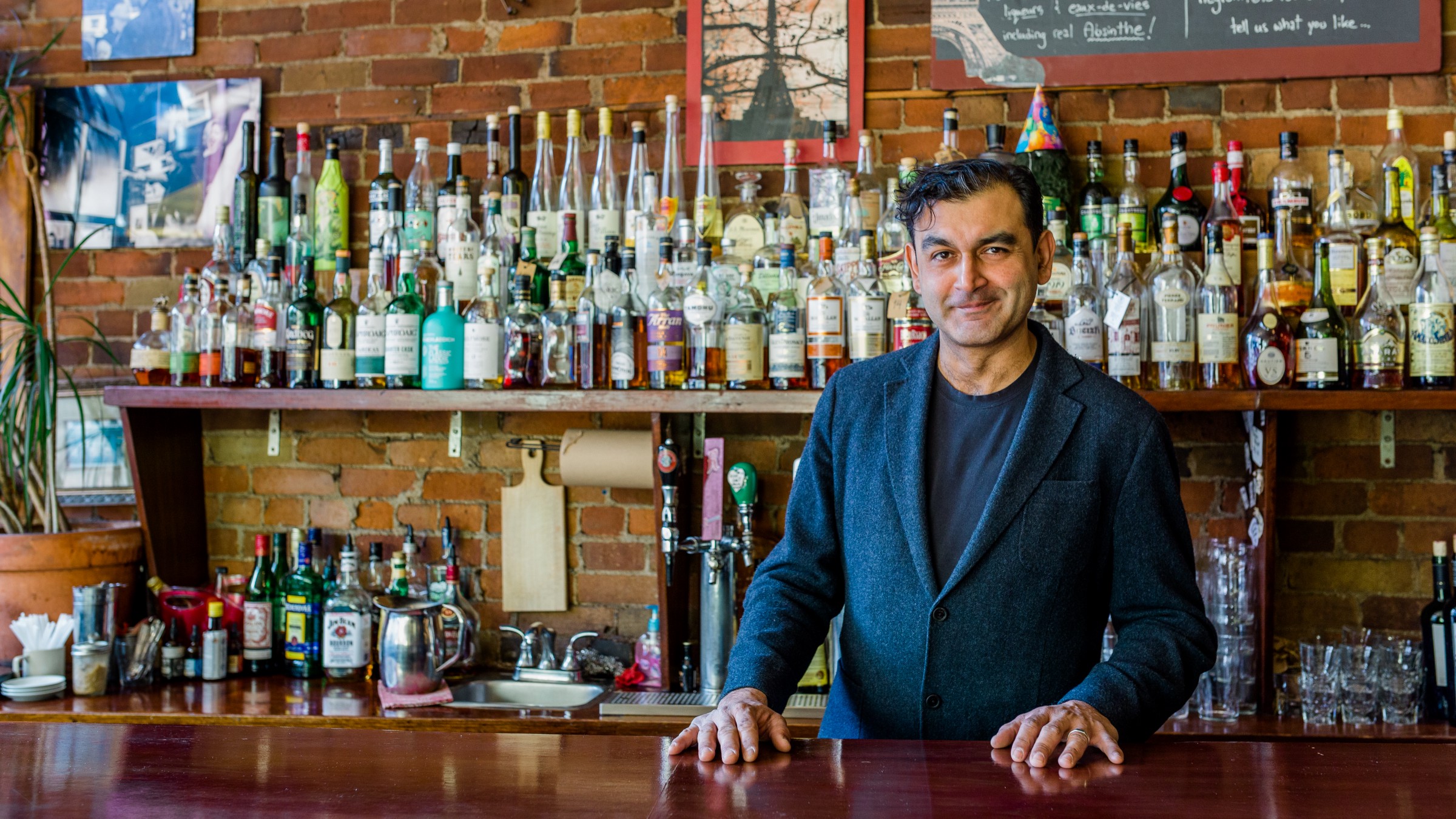 Why make a killing when you can make a living?

Realized on a shoestring budget and Intended to be a short-lived venture, the successful bistro instead became a launch pad for Amlani’s activism, instigating Pedestrian Sundays in Kensington (car-free community celebrations) and the Urban Repair Squad (guérilla bike infrastructure).

Most recently, the La Palette owners invited their staff to join them in opening Drom Taberna, an Eastern European tavern with live music every night.

Join Shamez as he talks about building community with food and music, infusing activism with art and humour, reclaiming public space by working both with and against City bureaucrats, and creating a business model where breaking even means success.
—–

Trottoir aux Pommes
A “cobblestone sidewalk” of thinly sliced apples on a buttery puff pastry base.

—–
Shamez Amlani grew up in multicultural Flemingdon Park and went on to fall in love with, live and work in Kensington Market and on Queen Street West. He parlayed a summer job as a busboy at le Select Bistro into a lifelong career in the restaurant business.

Inspired by the fall of the Berlin Wall, he spent a life-changing year hitchhiking throughout Europe and ended up broke and homeless in Paris. Eventually moving to France and Poland, he returned to Toronto many years later with a strong desire to bring home the spirit and culture of the places he’d been.

Shamez opened la Palette in 2000 and co-founded Streets are for People! In 2002, which went on to instigate legendary Pedestrian Sundays in Kensington Market, the garden car and the Urban Repair Squad, inspiring similar organizations around the globe to engage in “tactical urbanism”.

He is also the chair of the Queen Street West BIA which stewards Graffiti Alley and can be seen riding around town with his better half on a tandem bike.
—–

This Table Talk is presented in collaboration with Artery
Every space is a stage. Artery lets anyone bring creative experiences to life, in places you may not expect.
—–

Every month The Depanneur invites a local food personality to talk about something that interests them while Dep founder Len Senater cooks dinner for everyone.
Find out more on Table Talks at The Depanneur