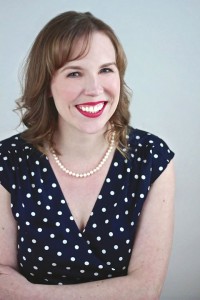 Once a thriving fishing outport, Fogo Island saw its population decimated by the collapse of the Atlantic cod fishery in 1992. Today, to give young people jobs and the opportunity to stay, the island is reinventing itself as a geo-tourism destination. Fogo Island Inn is at the heart of this project—a new boutique property that has appeared on Travel + Leisure’s It List and Conde Nast Traveller’s Gold List, as well as being named one of the ten most daring new buildings around the world, by Architectural Digest. Their motto is “new ways with old things.”

Valerie will talk about the drinking culture of the island in this context of survival and change:

What are the drinking traditions on Fogo Island–a place with a population of 2,400 and scarcely a pub to be seen?
Why (and how) do people harvest 10,000-year-old icebergs to cool their drinks?
How do you capture the taste of this place–and its seven seasons–in a craft cocktail?
How is Fogo’s first coffee roaster making out on an island of Red Rose tea drinkers?

Valerie Howes is an award-winning food and travel writer, based in Toronto. Formerly the food editor of Reader’s Digest, she has written for the National Post, enRoute, Toronto Life and WestJet magazine, among other publications. She’s currently working on a book about the culinary landscape of Fogo Island, Newfoundland. You can follow Valerie’s delicious adventures at valeriehowes.com.

———-
Every Tuesday at 7pm, The Depanneur invites a local food personality to talk about something that interests them.