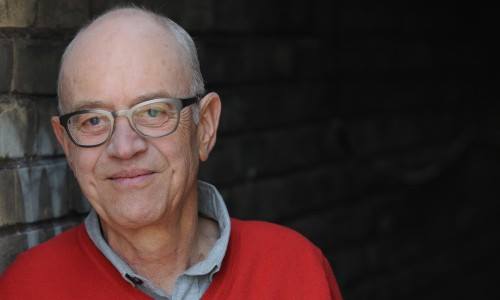 The Depanneur is honoured to have local food pioneer Wayne Roberts as our guest for this month’s Table Talk, speaking about food, multiculturalism and interculturalism.

Wayne Roberts is a Canadian food policy analyst and writer, widely respected for his role as one of the founders of the Toronto Food Policy Council, a citizen body of 30 food activists and experts that is widely recognized for its innovative approach to food security, from 2000-2010.

As a leading member of the City of Toronto’s Environmental Task Force, he helped develop a number of official plans for the city, including the Environmental Plan and Food Charter, adopted by Toronto City Council in 2000 and 2001 respectively. Many ideas and projects of the TFPC are featured in Roberts’ book The No-Nonsense Guide to World Food (2008).

Since 1989, Roberts has written a weekly column for Toronto’s NOW Magazine, generally on themes that link social justice, public health and green economics, as well as seven books, including Get A Life! (1995), a manual on green economics, and Real Food For A Change (1999), which promotes a food system based on the four ingredients of health, joy, justice and nature.
http://wayneroberts.ca
—–

Dinner by Len Senater
As always, Depanneur founder/owner Len Senater will be preparing a meal inspired by the themes explored in the Table Talk.

What does Interculturalism taste like? How about this: Korean Bulgogi Tacos with Kimchi Coleslaw and Sriracha Crema, prepared by a Romanian Jew in Toronto? I’ll round it out an Elotes-Miso soup with corn in a creamy miso broth spiked with chili & lime, and Korean sweet red bean Churros with Red Bean Ice Cream.