WORKSHOP: The Art of Dimsum by Lejen Chen 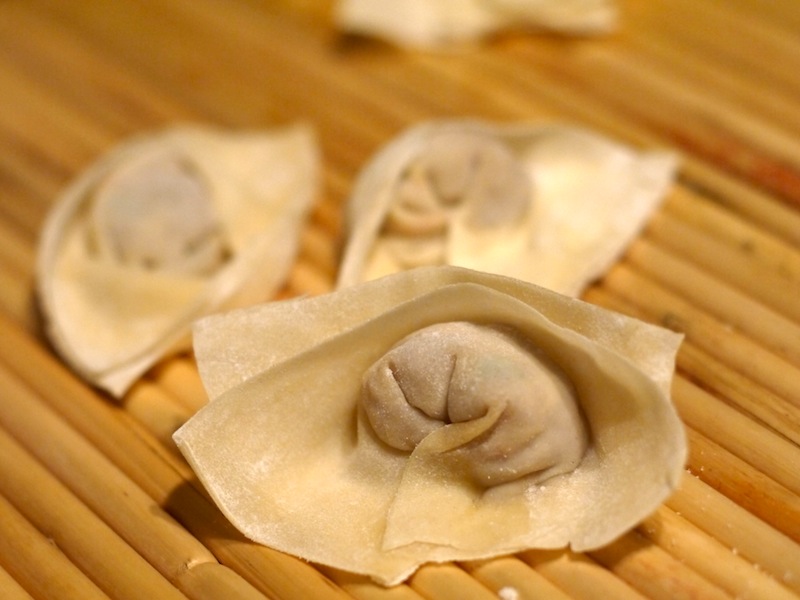 Organic food entrepreneur Lejen Chen leads this fun, hands-on class on how to make 3 of the most popular dimsum snacks eaten throughout China: wontons, jiaozis and shaomai. The class covers all the steps of dumpling-making: prepping the filling, creating the skins, shaping the dimsum, and cooking techniques. The last step – enjoying them – requires no help!

—–
Wontons, or “swallowing cloud”, are traditionally eaten throughout the day as a snack. These will float like clouds in a hot bowl of clear soup garnished with green onions and cilantro. But they are also delicious fried lightly in olive oil.

Jiaozi or dumplings are eaten in every corner of China. Jiaozis from each regional area reflect the ingredients and culture of the local people. We will be making jiaozis, the ones most commonly found in northern China and eaten as a staple. A similar dumpling called shui jiao or water dumplings is served from dimsum carts at yumcha, the Cantonese noon tea. Our dumplings will be made with an organic, high-protein wheat flour skin, and filled with pork or tofu and boiled the traditional way. At a typical jiaozi house there will be at least 30 or more varieties of fillings, with new ones being created everyday.

Shaomai or “make sell” is another snack eaten throughout China with infinite fillings. The filling is not enclosed like jiaozi but open so you can see exactly what’s inside; the dumpling with cleavage. We will use the same jiaozi filling and wrapper to make them but instead of boiling, these will be steamed in bamboo steamers.
——

Along the way you will learn how to use very simple dumpling making tools such as how to beat the filling with 2 pairs of chopsticks; how to roll skins so the dough cooks evenly; and the “squeeze” method to shape the dumplings. We will also learn the “3 cups cold water” method used to properly boil dumplings to insure that the filling is cooked and the skins are intact. Simple traditional dumpling making tools will be used: a small rolling pin that makes it easier to maneuver the skins, a bamboo stick for placing the filling, chopsticks for mixing, a bamboo steamer, and a ladle for boiling the dumplings.

The class will conclude with tasting and discussing our dimsum, and you are welcome to take home any leftover dimsum that we make in class. All will be served with a hot sauce or a vinegar dipping sauce.

—–
A Chinese-American native of Brooklyn, NY, Lejen Chen returned to China to open Mrs. Shanen’s, Beijing’s first bagel bakery! Dismayed by the difficulty of sourcing local organic produce and dairy, she went on to found Green Cow Farms, an organic farm and CSA that supplies her two popular Beijing cafés.