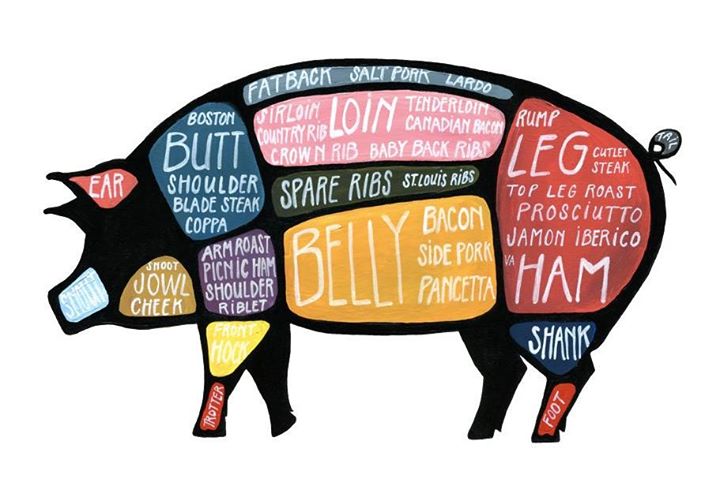 The ability to break down a whole animal in the kitchen is an essential part of a professional cook’s skill set, even as it slowly disappears from the home kitchen. Not only does it afford a cook total control over their cuts, it is also a great way to maximize value – butchering a whole animal can save you hundreds of dollars compared to buying individual cuts.

Join Chef Michael Kirkwood of The Birchwood Kitchen as he guides you step by step through the process of whole animal butchery. as well as providing recipe suggestions. He will be cooking up a few dishes to sample and there will be the opportunity to take some cuts home.

Dishes include:
• Fruit and chard stuffed loin.
• Roasted rack with horseradish and marjoram crust.
• Curing of the belly to make rustic bacon

—–
Chef Michael Kirkwood grew up in Ajax, Ontario where his appreciation for food and local ingredients flourished at a young age. Inspired by his parents’ gourmet interests, he began working in local restaurants as a teenager where his passion for cooking grew. He then went on to study culinary arts in Toronto at George Brown College, and has since worked in several of Toronto’s top kitchens, including Avalon, Toro, Opus, and Turf Lounge.