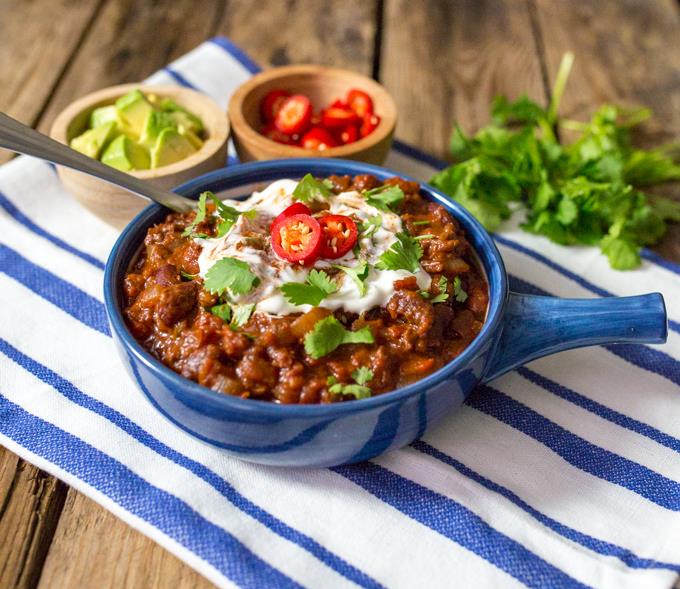 Friends and collaborators Alia Toor and Moira Clark return to The Dep for January’s Pop-Up Showcase. Keeping with their love of homestyle comfort food, Moira and Alia have prepared some hearty and warm menus for the cold of the winter.

First up is a combo of two tasty chilis:

The second is a classic mixed-bean vegetarian chili with tomatoes, peppers, vegetable oil and vegetables with chili spices 10

Both are served with a dab of sour cream & chopped cilantro (optional).

On the side, cheddar cheese corn bread fried in olive oil topped with sour cream and jalepeño peppers. Cool off your tongue with a classic avocado guacamole.

Finish off with apple spice cake 4

—–
Moira Clark is a painter and self-taught cook who lives and works in Toronto, and teaches painting in the Art & Art History Program at Sheridan College, a collaborative program between Sheridan and University of Toronto Mississauga. A voracious cookbook reader, she was inspired by the memoirs of MFK Fisher, Elizabeth David and Alice Waters. Moira thinks that eating well is one of the great delights of being alive.
http://moiraclark.weebly.com/

Alia Toor is an artist, educator and cultural worker whose interests lie in the intersection of culture, media and education. A reluctant cook who has realized her hidden talent, she loves to try new recipes and forget the day when she had to learn to make roti (she cried the whole time).